Chonburi: DPR Korea sealed a place in the semi-finals of the AFC U-19 Women’s Championship Thailand 2019 after defeating Vietnam 3-0 in a Group A tie…

The win took the 2007 champions to six points and with Australia defeating Thailand 3-1 in the group’s later match on Wednesday, DPR Korea were assured of a top two finish.

Both teams came into the tie having been victorious on Matchday One, with Vietnam scoring a 2-0 win over Thailand, while DPR Korea produced a sparkling display in their 5-1 defeat of Australia.

DPR Korea had the better start and tested Vietnam seven minutes in when O Si-nae delivered a dangerous ball off a corner but Vietnam custodian Nguyen Loan was quick to react. 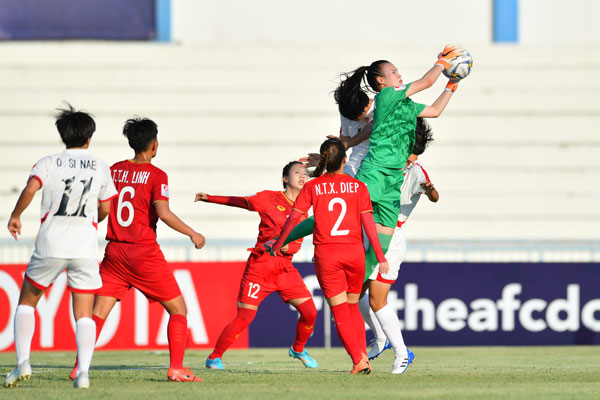 The East Asians caused problems for Vietnam again in the 11th minute when O Si-nae was sent clear into the area following a through pass but Nguyen Loan was quickly off her line to intervene.

Vietnam had their first sight at goal in the 14th minute when they made a clever break on the right but their finishing deserted them as Nguyen Tuyet Ngan missed from inside the box. 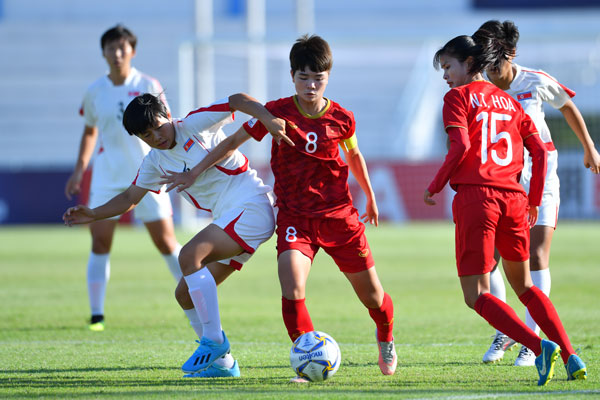 Akira Ijiri’s side were kept busy at the back as DPR Korea’s Kim Kyong-yong placed her header just wide a minute later and Ri Chong-gyong then saw her header easily dealt with by Nguyen Loan after Kim Kyong-yong’s in-swinging cross.

DPR Korea continued to dominate but Nguyen Loan was on top of her game, saving Yun Ji-hwa’s effort from inside the box in added time as the tie remained goalless at the break. 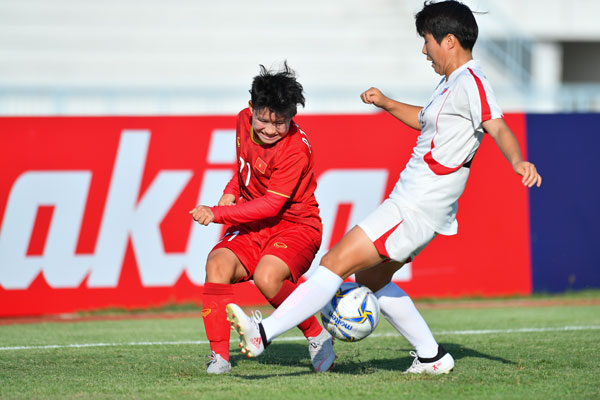 DPR Korea started the second half strongly and were rewarded in the 47th minute when Yun Ji-Hwa finished off Ri Su-jong’s pass from inside the box.

Song Sung-gwon’s charges almost doubled their advantage four minutes later when Ri Su-jong hit the post from a free-kick while Choe Kum-ok sent her header over the bar on the follow-up. 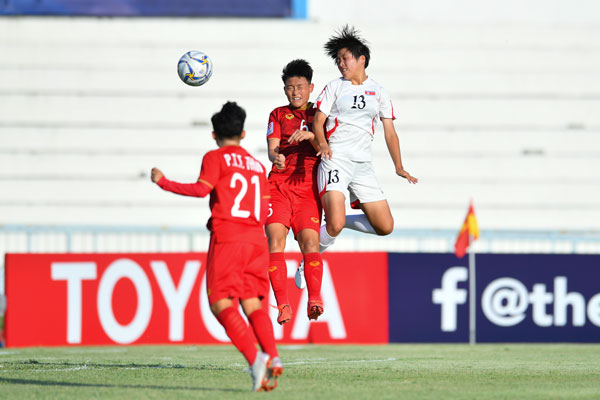 DPR Korea then had a goal disallowed in the 54th minute but the East Asians continued to press and were rewarded four minutes later when Kim Kyong-yong rose the highest to nod home Yun-Ji-hwa’s corner.

Yun-Ji-hwa was the provider once again from another corner in the 70th minute, with Ryu Sol-song nodding the ball home.

With the job done, DPR Korea were content to run the clock down and they can now start preparing for the semi-finals with a match to spare.

“At half-time, I told my players to play like they did in the first half. They performed very well. But things didn’t go well for us in the second period. We kept a clean sheet for as long as we could and it’s disappointing to concede three goals in the second half. To come back from three goals was tough.”

“The players were given instructions before the game but it was not executed as planned and we couldn’t find the target. We analysed the first half statistics and set-up a new way to find a breakthrough and our plan worked as we scored three goals.”