Bangkok: Korea Republic claimed the AFC U23 Championship Thailand 2020 title on Saturday thanks to a dramatic 1-0 extra-time win over Saudi Arabia. 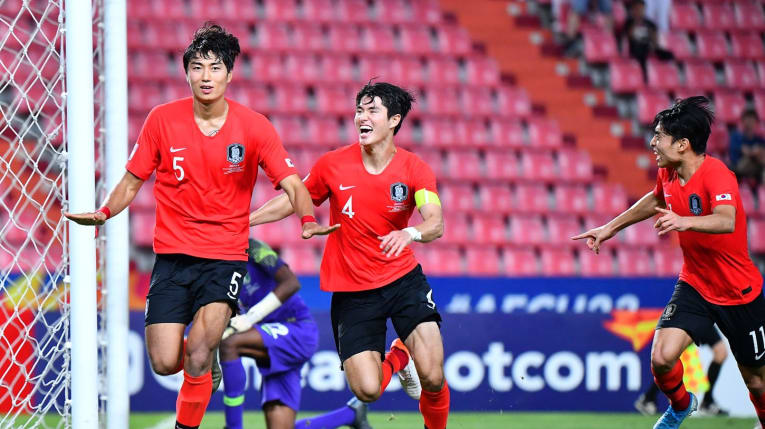 Jeong Tae-wook’s goal in the 113th minute of a closely-fought encounter helped Korea Republic seal their first-ever Continental crown at this level, one which comes four years after they dramatically lost to Japan in the final of the competition’s 2016 edition.

For Saudi Arabia, however, the result brought late heartbreak following a campaign in which they had excelled en route to their disappointing defeat at the hands of their East Asian counterparts.

Having already assured their places at this year’s Olympic Games, both sides adopted a positive approach at the start of the encounter although there was to be little in the way of goalmouth action until Jeong Woo-yeong’s 20th minute effort was superbly saved by Mohammed Al Yami.

After Abdullah Al Hamdan had briefly threatened to open the scoring at the other end, the Koreans went close once again, this time Oh Se-hun exchanging passes with Kim Jin-gyu before firing narrowly past the post from the edge of the area.

As half-time approached, Jeong Woo-yeong spurned a glorious opportunity to put his side ahead, the midfielder blasting Kim Jin-ya’s cross over the bar when well placed to leave the teams level at the break.

With Saudi Arabia defending resolutely, Korea Republic continued to push for the opener following the restart as first substitute Lee Dong-jun was denied by Al Yami’s outstretched right arm and then Kim Jin-ya dragged his shot wide of the target on 62 minutes.

In truth, genuine chances were few and far between after those near misses, with Al Yami’s excellent reflex stop from Lee Dong-jun and Abdulrahman Ghareeb’s late drive from distance the last noteworthy moments as the game moved towards 30 minutes of additional time.

After Oh had headed over from a corner and a tame Lee Dong-gyeong was easily gathered by Al Yami, Korea Republic went ahead. Lee Dong-gyeong’s pinpoint free-kick finding Jeong Tae-wook who headed home.

Try as they may, Saudi Arabia were unable to find an equaliser in what precious little time remained, leaving Korea Republic to celebrate at the final whistle.