Bangkok: Thailand made the ideal start to their AFC U23 Championship Thailand 2020 campaign on Wednesday as the host nation beat Bahrain 5-0 at the Rajamangala Stadium in Bangkok to go top of Group A. 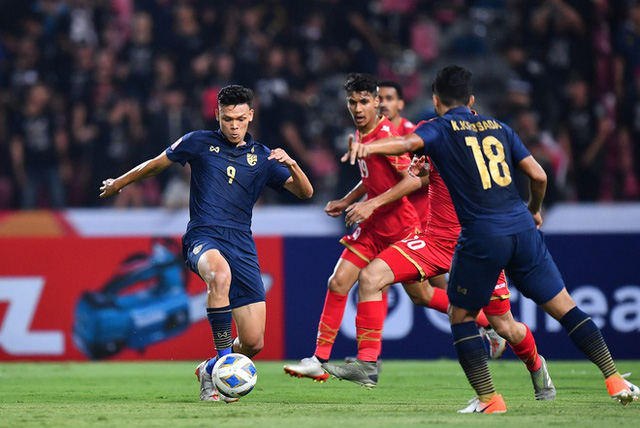 Two goals from Suphanat Mueanta provided the platform for success on a night when both the Buriram United ace and Thailand shone brightly from start to finish against a Bahrain outfit which, in truth, created few genuine opportunities.

The result leaves Akira Nishino’s charges two points clear at the summit following Iraq’s 1-1 draw with Australia earlier in the day and adds genuine momentum to their bid to reach the competition’s knockout phase for the first time in three attempts.

Thailand’s early dominance was to pay handsome dividends when they deservedly took the lead on 12 minutes, Suphanat brilliantly collecting a pass from Supachok Sarachart and finding the far corner.

As Thailand continued to press, Suphanat then rattled the bar with an effort from 10 yards before – and in the last meaningful action of an entertaining first period – Bahrain goalkeeper Ammar Mohamed pulled off a fine save to deny the livewire forward shortly after the half-hour mark.

One was to become two for Thailand shortly after the break. Supachok bamboozled defender Salem Adel Hasan before somehow squeezing the ball home from an acute angle to double his side’s advantage. 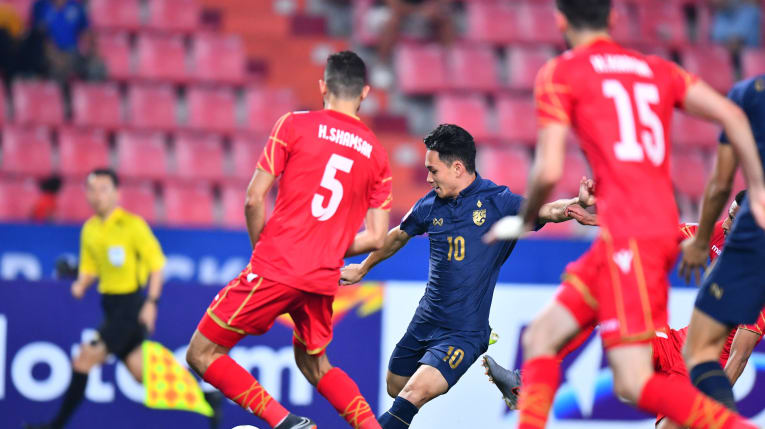 Sensing the game was slipping away from them, Bahrain regrouped and duly saw Thailand custodian Korraphat Nareechan react superbly to gather Mohamed Marhoon’s shot and then, moments later, turn away a powerful Hamad Al Shamsan header.

Having weathered the brief Bahraini storm, Thailand came close to extending their advantage in the 72nd minute only for Supachai to head Anon Amornlerdsak’s pinpoint cross over the bar from close range.

The Southeast Asians did not, however, have to wait long for their third though, the excellent Suphanat racing clear and bending the ball beyond Ammar’s despairing dive.

Substitute Jaroensak Wonggorn was then on hand to round off the scoring with two late goals and seal a fine victory for Thailand while further compounding Bahrain’s woes.

Thailand will resume their quest to qualify for the quarter-finals on Saturday when they face Australia at the same venue. Bahrain are scheduled to play Iraq at the Thammasat Stadium on the same day.