Group B – MD1: Saudi Arabia defeats Japan, Qatar has a draw with Syria

Abdulrahman Ghareeb’s late penalty earned Saudi Arabia all three points on Thursday as Saad Al Shehri’s side defeated Japan 2-1 while substitute Alaa Aldin Dali struck late on to salvage a point for Syria as they came from two goals down to draw 2-2 with Qatar in Group B of the AFC U23 Championship Thailand 2020 campaign on Thursday. 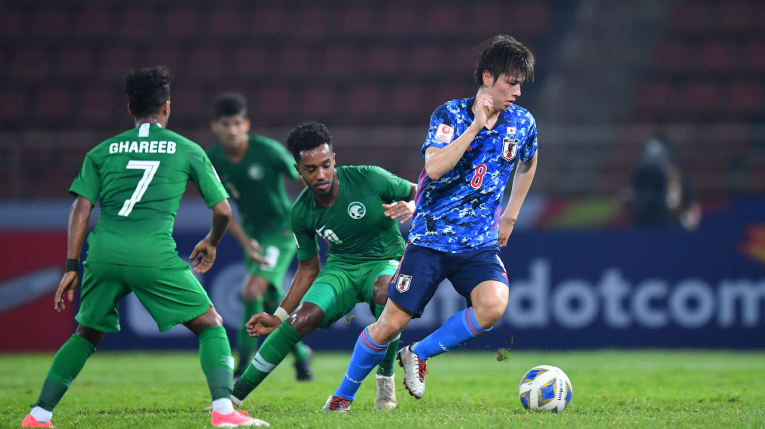 The Japanese had dominated the opening 45 minutes with their slick passing, with central midfield duo Ao Tanaka and Shunta Tanaka allowing Haime Moriyasu’s team to control proceedings for much of the half.

But for all of Japan’s possession, it was the Saudis who fashioned the best opportunities as their ability to break quickly ensured the Japanese defence always had to be on their toes.

The Japanese keeper was on hand again just before the half hour mark with an outstanding save to deny Ghareeb, palming the ball over the bar after the Saudi striker looked set to put his team in front. 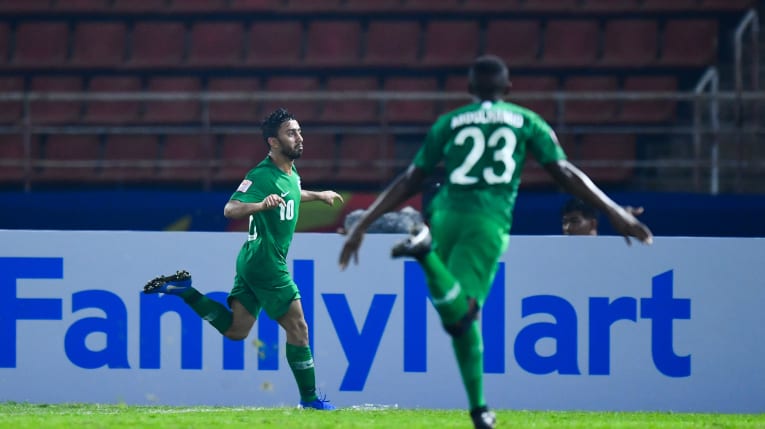 Three minutes after the restart, Saudi Arabia took the lead when the Japanese defence had no answer for the driving run of Ghareeb and that hesitancy allowed Al Khulaif to fire off an instinctive first-time shot that beat Osako low and to his right.

Their advantage, however, was to last only eight minutes as Meshino saw his shot take a deflection off Hassan Al Tambakti that wrong-footed goalkeeper Mohammed Al Yami, leaving the Japanese striker screaming with delight.

That joy was to turn to agony for Japan in the dying minutes, however, as miscommunication between Okazaki and Osako allowed Al Brikan to bear down on goal, and Okazaki’s subsequent foul set up Ghareeb to claim all three points for the Saudis.

Saudi Arabia will aim for another three points against Qatar on Sunday while Japan will have to bounce back against Syria to keep their dreams alive. 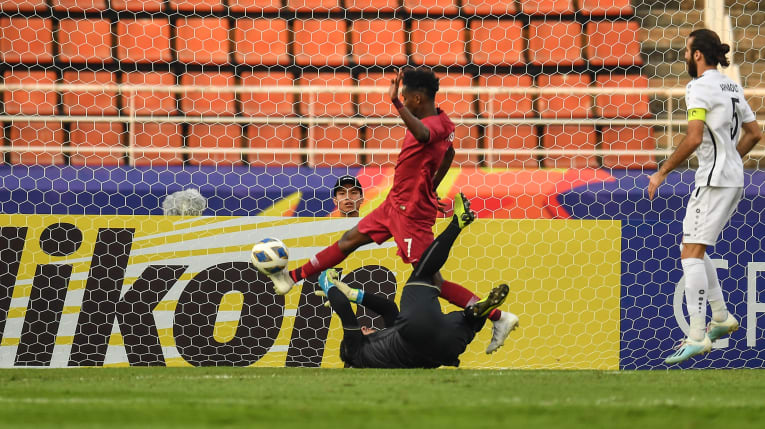 In what ultimately proved to be a sign of the drama to come, Qatar were ahead within 60 seconds. Syria goalkeeper William Ghannam fumbled Amro Surag’s deep cross leaving Yusuf Abdurisag the simplest of finishes from close range.

To his credit, Ghannam made amends for his error moments later, this time palming away Hashim Ali’s fierce drive following a neatly worked free-kick.

After weathering a brief Syrian flurry, Qatar stretched their advantage in the 22nd minute as Yosief put through his own net when trying to deal with Homam Ahmed’s whipped cross.

Syria were, though, to throw themselves a lifeline as half-time approached, Abdul Rahman Barakat converting Kamel Koaeh’s pinpoint set-piece courtesy of a powering header that gave Qatar goalkeeper Mohammed Al Bakri little or no chance. 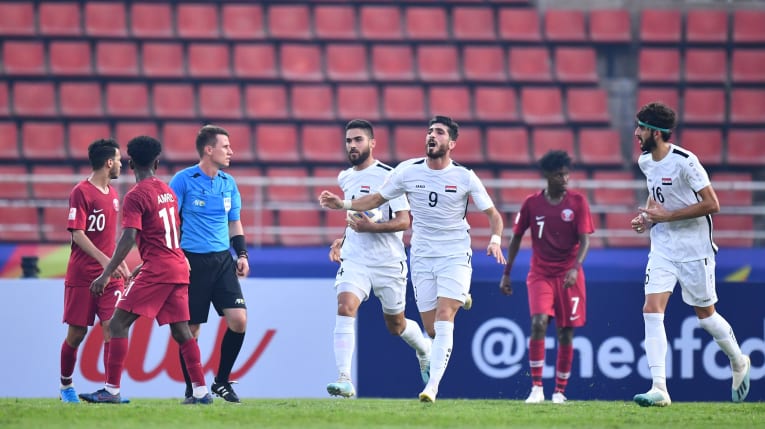 Clearly buoyed by their goal, Syria started the second half brightly, with first substitute Abdul Kader Adi fizzing a drive narrowly wide on 56 minutes and then Barakat thumping an effort into the side netting shortly after.

As the game wore on and with defences dominating, Qatar forward Khalid Mazeed forced Ghannam into a smart stop, before the Al Wathba custodian produced a fine double save to deny Hashim Ali and Abdurisag.

However, in a dramatic late twist, Dali was on hand to draw Syria level and crown a sensational fight back.

Qatar will next be in action when they face Saudi Arabia, with Syria scheduled to meet Japan. Both games will take place at the Thammasat Stadium on Sunday.