Bangkok: Table-topping Saudi Arabia guaranteed their place in the AFC U23 Championship Thailand 2020 quarter-finals on Wednesday courtesy of a 1-0 win over Syria who will join them in the last eight thanks to their second-place finish in Group B.

After beating Japan on Matchday One and drawing with Qatar last time out, Feras Al Birakan’s accomplished strike helped secure Saudi Arabia’s second victory of the campaign to leave them at the summit, three points clear of their West Asian rivals.

With Qatar and Japan both going home following their 1-1 draw in the group’s other game, Saudi Arabia will now meet Group A runners-up Thailand on Saturday, with Syria scheduled to meet Australia, the Group A winners, on the same day.

After a cagey opening at the Thammasat Stadium, Saudi Arabia were the first to threaten when a Khalid Dubaysh header from Abdulrahman Ghareeb’s 13th minute corner was deflected narrowly wide of the target.

As Saudi Arabia continued to press, Khalid Al Ghannam lobbed the ball over onrushing goalkeeper William Ghannam only to see Syria captain Fares Arnaout acrobatically clear the ball from under his own bar.

With the first half meandering to a close, Dubaysh’s mazy run and shot brought a smart save out of Ghannam to send the teams in level at the break. 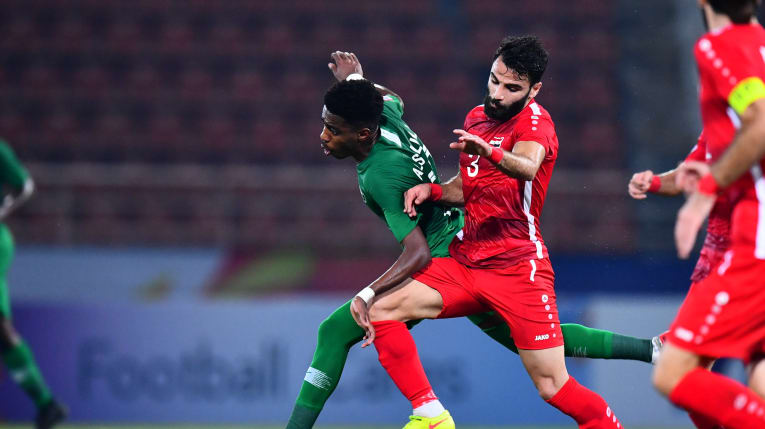 Syria had their captain to thank once again shortly after the restart, Arnaout repeating his goal line heroics to somehow keep Al Birakan’s header out.

As Saudi Arabia continued to press, Al Birakan inexplicably missed Al Ghannam’s whipped cross when only three yards out, while substitute Abdullah Al Hamdan blazed a shot over the bar from close range. 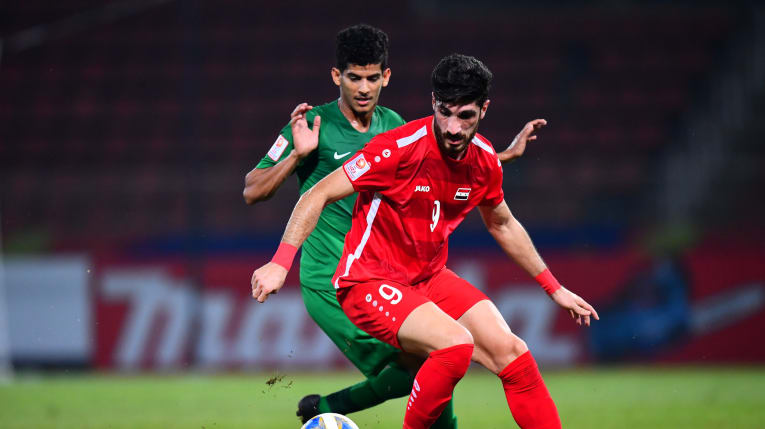 Having brought Ala’a Aldin Dali – who had scored in his last two appearances – off the bench, Syria carried a greater threat with their supersub setting up Mohamad Al Hallak whose attempt was blocked by a mass of defenders.

However, the incessant Saudi Arabia pressure was to pay dividends in the 80th minute as Ayman Yahya’s cross was expertly backheeled past Ghannam by Al Birakan.

Syria’s hopes of a recovery finally ended with the late dismissal of Dali for two yellow card offences as Saudi Arabia wound down the clock en route to another three-point haul.