Buriram: Vietnam and the United Arab Emirates collected a point each after playing out a goalless draw at Buriram Stadium to kick-off their AFC U23 Championship Thailand 2020 Group D campaigns on Friday.

After a quiet opening 15 minutes, Nguyen Quang Hai nearly struck first for Vietnam. The skipper caught goalkeeper Mohammed Al Shamsi off-guard with curled free-kick from the right flank, but the Emiratis breathed a sigh of relief as the ball passed inches off the outside of the post.

Halfway through the opening period, the UAE were gifted a golden opportunity to take the lead when Nguyen Thanh Chung failed to clear a cross from the right, allowing Jassim Yaqoob to pounce on the loose ball, but the winger miscued his kick sending the ball wide.

Seven minutes before the halftime break, Ali Saleh was sent through on goal after a chipped Yahia Nader pass behind the Vietnamese defence, but the Al Wasl winger’s volley missed the goal.

Saleh continued to be a nuance for the Vietnamese defence, dribbling past two men down the left flank and squaring for Zayed Al Ameri who had the goal at his mercy but could not connect with ball. 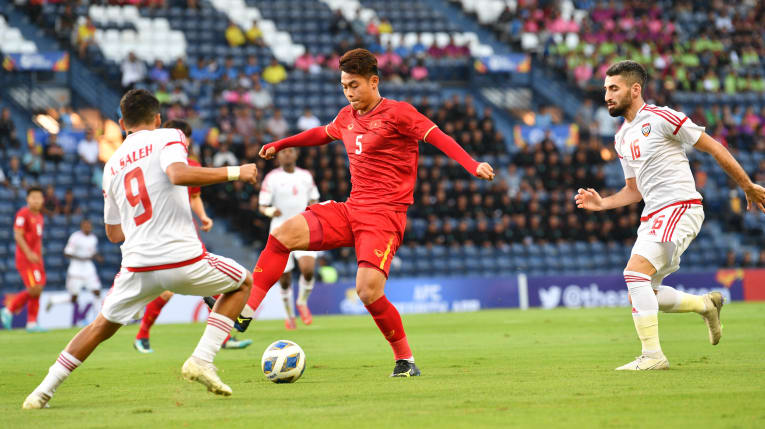 The second half started with a bang for the Emiratis as Saleh accelerated past two defenders before being brought down by Huynh Tan Sinh on the fringes of the Vietnamese penalty box. The referee pointed to the spot, but after consulting VAR, the decision was overturned and a free-kick awarded to the UAE instead.

Saleh rifled the resulting free-kick towards the top corner, forcing a fine reflex save from goalkeeper Bui Tien Dung to deny him the opener. 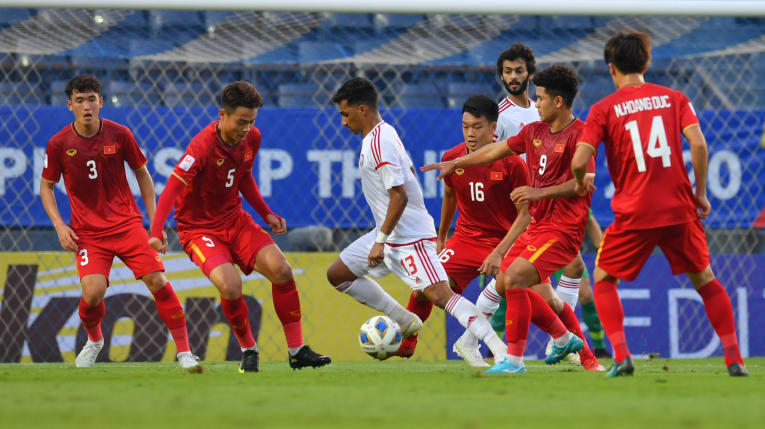 Vietnam thought they had finally broken the deadlock with just five minutes to play as Quang Hai skilfully made his way through the Emirati defence and saw his blocked shot fall for Tien Linh who fired from close range, but Al Shamsi was alert and made the save to keep the scores level at the final whistle.