Buriram: Two first-half goals from Khalifa Al Hammadi and Zayed Al Ameri helped the United Arab Emirates cruise to a 2-0 victory over DPR Korea at Buriram Stadium on Monday, eliminating the East Asians from the AFC U23 Championship Thailand 2020.

Coming off the back of a defeat by Jordan in their opening game, DPR Korea needed at least a point to keep their qualification hopes alive in the Group D contest.

Coach Ri Yu-il’s men looked to surprise the UAE early on as Ri Chung-gyu spotted goalkeeper Mohammed Al Shamsi off his line and went for the spectacular from 40 yards out, but his effort landed just wide of the upright in the fourth minute.

Al Hammadi then opened the scoring for UAE after 17 minutes. The centre-back expertly controlled Yahia Nader’s chipped pass inside the box on the turn before slotting the ball between the legs of DPR Korea goalkeeper Kang Ju-hyok to score UAE’s first goal of the campaign. 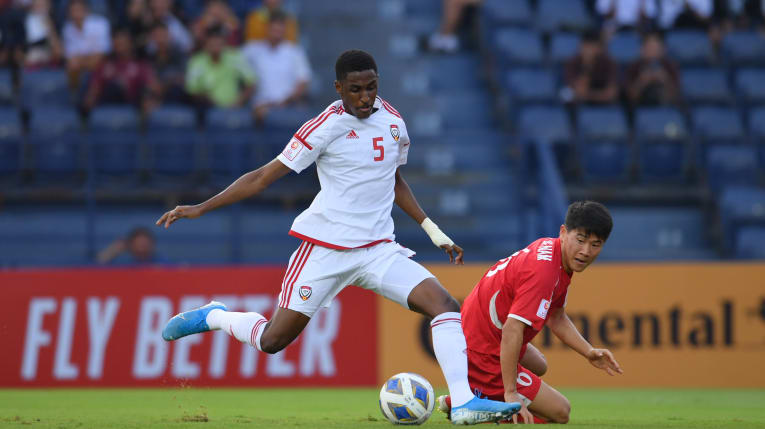 Al Ameri doubled the Whites’ lead at the half-hour mark.

The Al Jazira striker received a cross from his club teammate Abdullah Ramadan, evaded the challenge of a Korean defender and poked the ball into the bottom corner to make it 2-0. 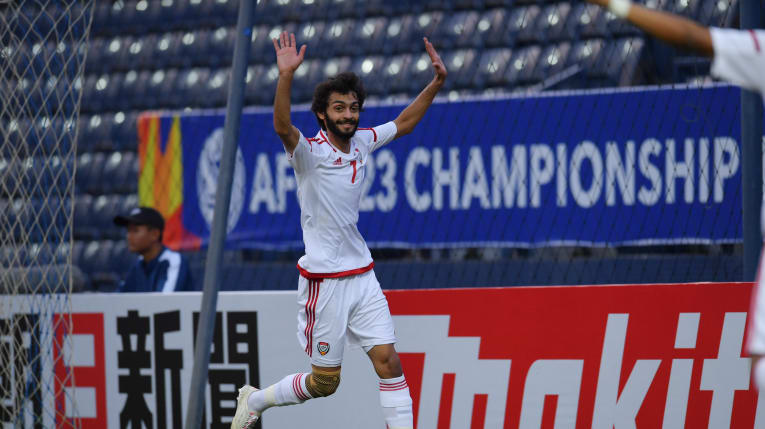 In the last minute of the half DPR Korea thought they had halved the deficit when Kim Hwi-hwang’s cross was swept by Pak Kwang-hun towards the far corner, but defender Saeed Suwaidan popped up to make a goal-line clearance to keep his side two goals in front going into the dressing room. 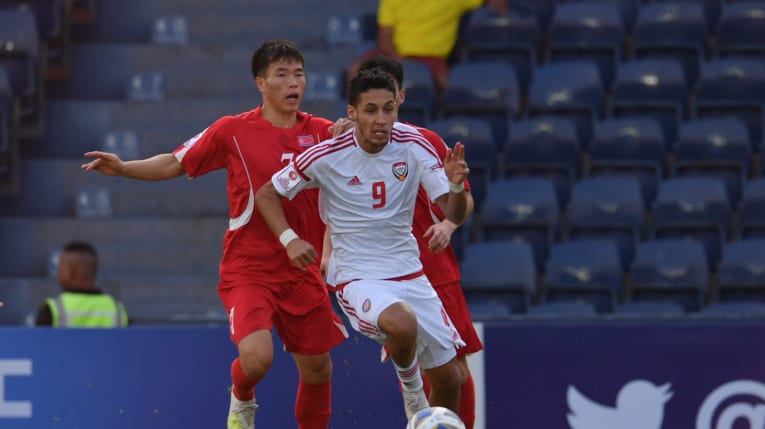 Al Hammadi nearly added his second of the night at the hour mark when he got on the end of Jassim Yaqoob’s outside-of-the-boot cross at the far post, but the defender’s header ricocheted off the woodwork.

The UAE face Jordan on the final matchday at Buriram Stadium on Thursday, while DPR Korea will play for pride against Vietnam at Rajamangala Stadium on the same day.