Buriram: UAE and Jordan shared the spoils in a 1-1 draw on Thursday as the two teams advanced to the quarter-finals of the AFC U23 Championship Thailand 2020, with UAE leading Group D on goal-difference.

Maciej Skorza made two changes to the side that started both previous games; introducing Mohammed Al Attas and Khaled Ebrahim for Yahia Nader and Saeed Suwaidan. Meanwhile, Mohammed Bani Atieh returned to Jordan’s starting line-up after missing the Vietnam match through injury.

After a quiet first 10 minutes, UAE thought they had found an early lead when Khalifa Al Hammadi’s header from an Abdullah Ramadan set-piece was nodded into the back of the net by Mohammed Shaker, but the flag had gone up ruling Shaker offside.

Ahmad Haikal responded with Jordan’s first real chance of the first period at the half-hour mark, when he cut inside and fired from distance, but goalkeeper Mohammed Al Shamsi was alert to the threat and made the save. 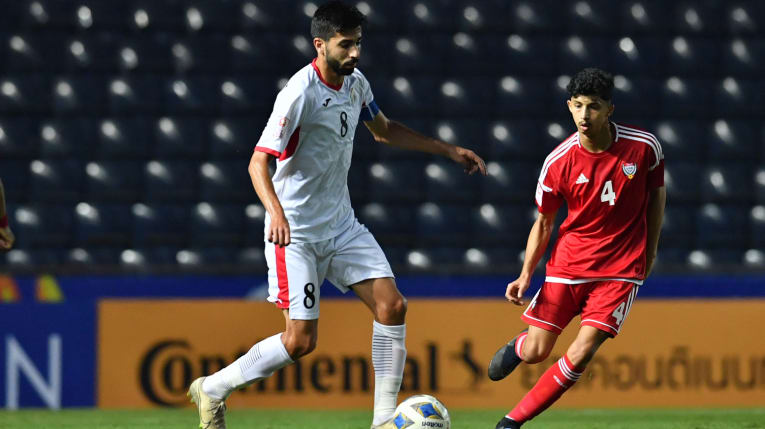 The Whites suffered a blow when Saleh was stretched off in the 32nd minute, being replaced by Yahya Al Ghassani.

Goalkeeper Abdullah Al Fakhori produced a magnificent save to deny the UAE the opener five minutes before the break. Al Ghassani advanced down the left and squared for Al Ameri who had the goal at his mercy from three yards, but the Jordanian goalkeeper threw himself at the ball to rescue a certain goal. 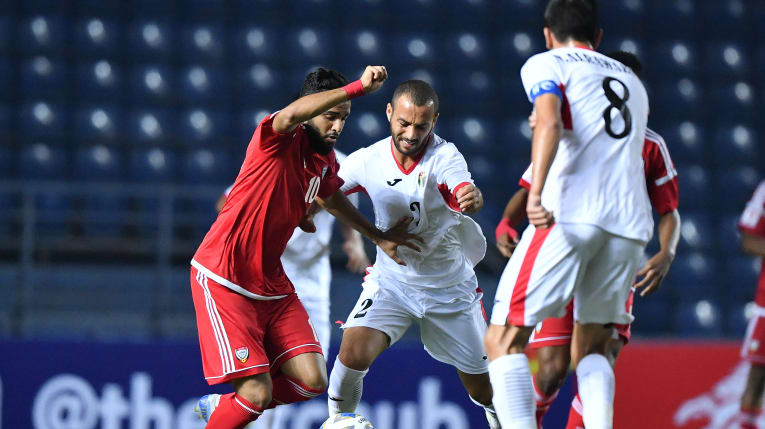 However, there was little Al Fakhori could do to deny Al Ameri from the resulting corner kick. Ramadan crossed for Majid Rashid at the far post, and the defender headed it back across the mouth of goal for Al Ameri who was left with a simple stab into the empty net to put the UAE into the lead in the 41st minute.

Jordan started the second half on the front foot as Ahmad Haikal tested the goalkeeper from range inside two minutes and Ward Al Barri shot wide three minutes later. 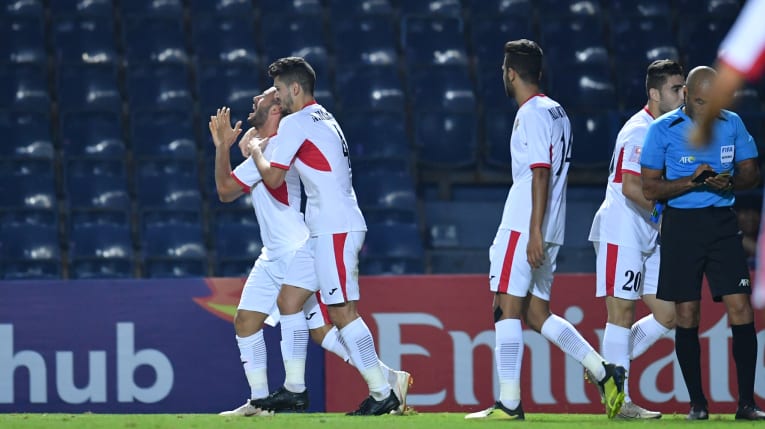 Coach Ahmed Abu Ismail’s men came close to equalising with 16 minutes to go as Ihab Ali crossed from the left for Ali Olwan who beat his marker to the header, but his effort was composedly caught by goalkeeper Mohammed Al Shamsi.

The Jordanians’ first goal of the night came in the 79th minute as Omar Hani found Ali with a sublime through ball and the leff-back slotted the ball past Al Shamsi who conceded for the first time in the tournament .

The result means Jordan will face Korea Republic at Thammasat Stadium on Sunday, while the UAE play Uzbekistan at Rajamangala Stadium in the second quarter-final clash of the day.