Head coach Park Hang-seo has apologised to Vietnam supporters after the nation crashed out of the AFC U23 Championship 2020 in the group stages. 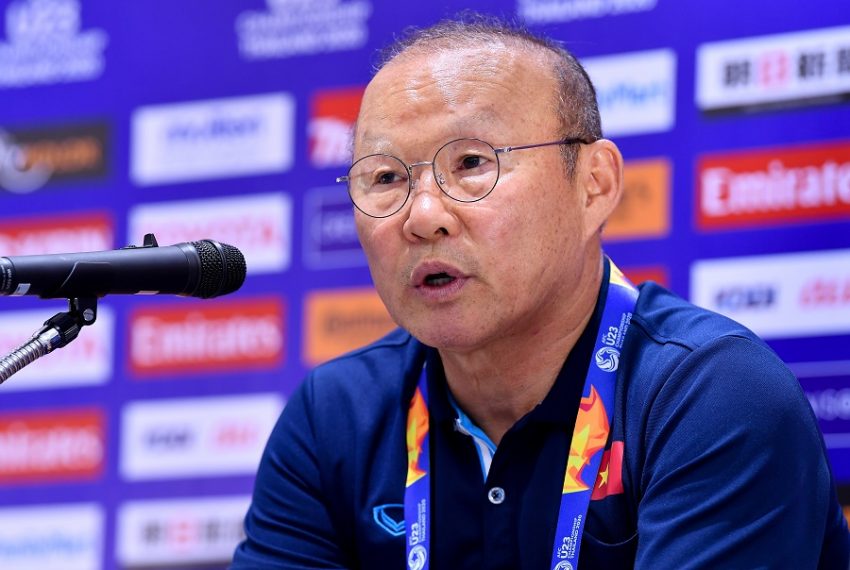 Vietnam, who were the finalists of the tournament when it was played in China PR two years ago, could only finish bottom of their group this time around after a 2-1 defeat to DPR Korea in what was to be their final outing in Thailand.

And the Vietnam boss began his post-match press conference by apologising to the passionate supporters of the national team.

“I am so sorry. Two years ago, we were the runners-up. This year, we played three matches in the group stage, drew two of them and lost once. Obviously it was a bad result and the fans are disappointed,” Park said after the Group D game.

“I am the one who is most responsible for this. The players have tried their best but the reality is that they still need to improve a lot,” the South Korean added.

Vietnam had taken the lead against the North Koreans through Nguyen Tien Linh, but a howler from goalkeeper Bui Tien Dung gifted DPR Korea the equaliser before they nicked a win from the penalty spot in the dying minutes.

And Park backed his goalkeeper to learn from the mistake and move on.  “I was not happy about the mistake. But I know Tien Dung is even more tormented. He must overcome this moment and try to be better and grow up,” the head coach said.

The Vietnam boss also looked forward to the year ahead for the Golden Dragons.

“This year, the U-23 team will not be participating in any tournament. So, we will focus on the senior national team. We are looking forward to the 2022 FIFA World Cup Qualifiers match against Malaysia on March 31. They have nine points and we will try to win against them,” he said.