Bangkok: Korea Republic made it four wins from four at the AFC U23 Championship Thailand 2020 on Sunday thanks to a dramatic 2-1 victory over Jordan which propelled them into the competition’s semi-finals and a step nearer to qualifying for this year’s Olympic Games.

Having emerged from the group stage with a perfect record, Kim Hak-bum’s rising stars continued their impressive form at the Thammasat Stadium as, despite a late Jordan rally, Lee Dong-gyeong’s last gasp free-kick helped them move to within touching distance of what would be a first-ever Continental title at this level.

The Koreans, who have featured at every Olympic extravaganza since they were hosts in 1988, will now face Australia in an encounter which promises the winners both a place in the final and a berth at Tokyo 2020.

With little room for error for either side, Korea Republic were quickly into their stride as Cho Gue-sung’s third minute shot brought a fine diving save out of Abdallah Al Fakhouri. 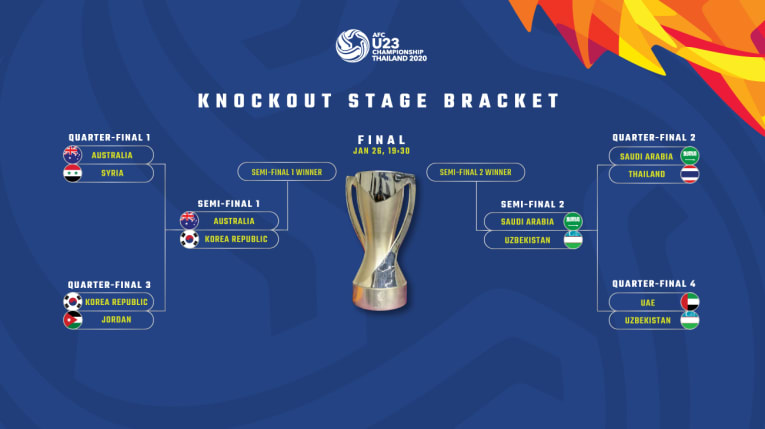 Their initial dominance was to be duly rewarded on 16 minutes when, following a neatly worked free-kick and Jordanian defensive hesitancy, Cho headed home from close range to hand his side the lead. 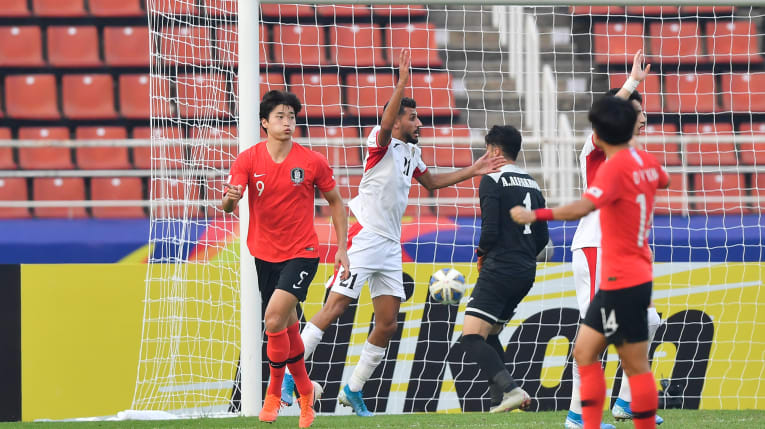 Kim Dae-won’s stinging drive nearly made it two for the East Asians moments later, before – and as half-time approached – Cho inexplicably fired over the bar from only six yards after being found by Lee Dong-jun.

Needing a response to prevent their exit, Jordan adopted a more positive approach immediately after the break, but it was Korea Republic who continued to look the most threatening with Kim Jin-gyu crashing a 52nd minute free-kick against Al Fakhouri’s left-hand upright. 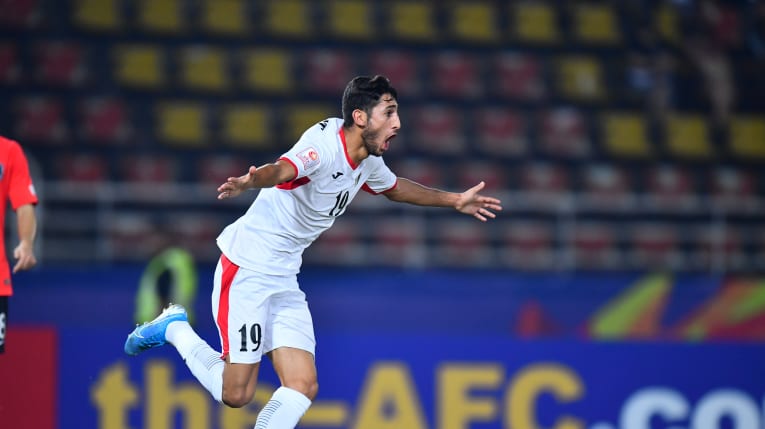 Only able to muster half-chances at best, Jordan nearly fell further behind on 69 minutes, Al Fakhouri turning Kim Dae-won’s fizzed effort onto the post and away to safety.

Remarkably though, Jordan pulled themselves level with 15 minutes remaining when substitute Yazan Al Naimat turned in the area and unleashed a terrific drive beyond Song Bum-keun’s despairing dive and into the far corner. 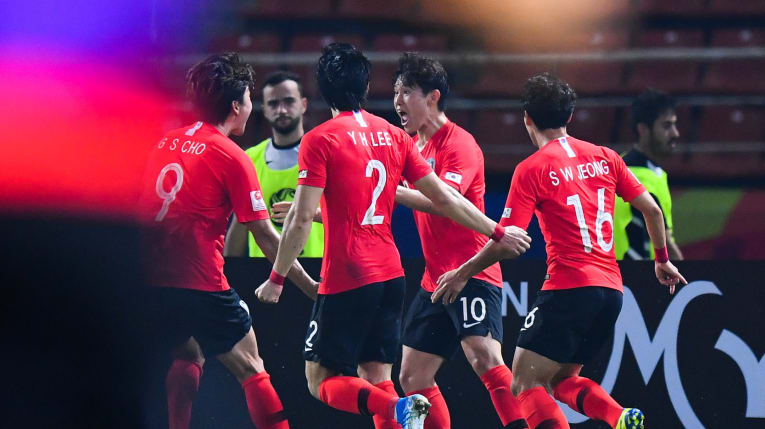 Cho was foiled once again by Al Fakhouri late on, only for substitute Lee Dong-gyeong to seal his side’s victory and break Jordanian hearts with the final kick of the game.