Bangkok: Abdullah Al Hamdan’s penalty 12 minutes from time took Saudi Arabia into the semi-finals of the AFC U23 Championship Thailand 2020 as Saad Al Shehri’s side claimed a narrow 1-0 win over Thailand at Thammasat Stadium on Saturday.

Al Hamdan struck decisively from the spot after he had been pulled back on his way into the area, with referee Ahmed Al Kaf awarding the penalty after confirmation of the offence by the Video Assistant Referee.

The goal was a cruel blow for Akira Nishino’s team, who had matched the Saudis throughout the preceding 78 minutes in front of a sell-out crowd as both teams battled to keep their hopes of both the title and a trip to the Olympic Games alive.

Saudi Arabia made a jittery start, surrendering possession inside their own half with less than two minutes on the clock, and they were relieved when Supachai Jaided shot wide. Another scare came four minutes later as Suphanat Mueanta’s curling effort came back off Mohammed Al Yami’s left post.

With a vociferous, boisterous crowd behind them, the Thais were in the ascendancy during the opening quarter but, as time wore on, Al Shehri’s side established a foothold and should have taken the lead.

Thitawee Auksornsri had to be at his sharpest to snuff out the threat of Abdullah Al Hamdan in the 17th minute while Al Ghannam’s shot on the run called Thai goalkeeper Korraphat Nareechan into action.

With 12 minutes left in the half Al Hamdan squandered his side’s best opening of the first 45 minutes, sending the ball high over the bar after Sami Al Naji’s cross from the right had evaded the Thai defence. 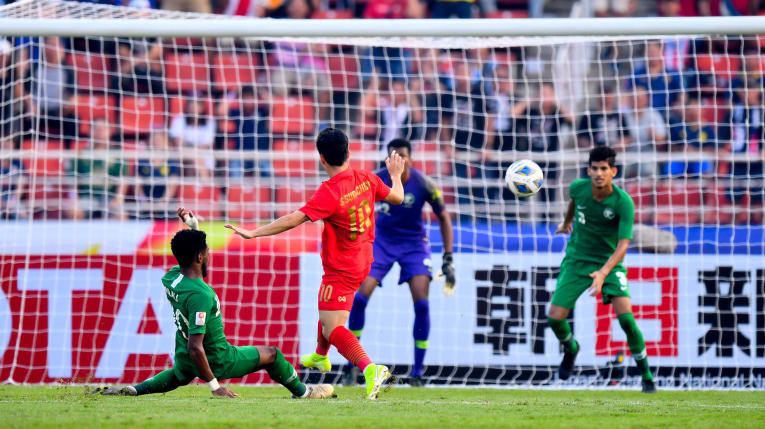 The second half had been a scrappy affair, with only Sorawit Panthong’s speculative attempt from long range worthy of note, until Al Hamdan was pulled back by Sorawit and the referee eventually pointed to the spot.

The young Al Shabab forward made no mistake, powering his penalty home via the underside of the bar to leave Korraphat with no chance. 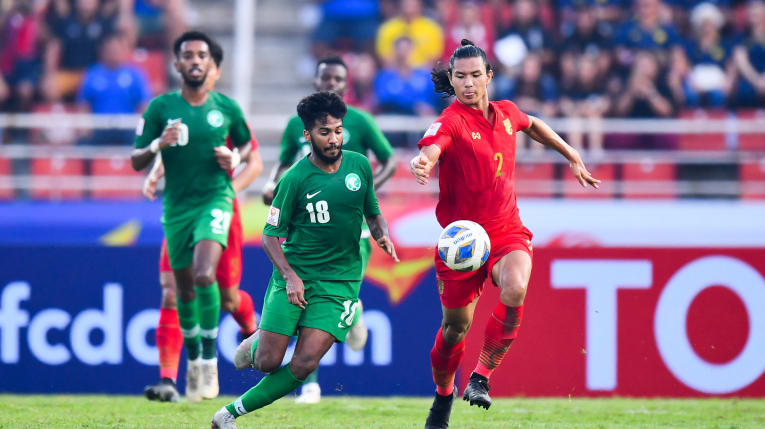 With Thailand needing to score to take the game into extra time, Nishino’s side were always open to the counterattack. Hussain Al Essa saw his attempt cleared off the line by Kritsada Kaman and Sami Al Naji hit the bar with his attempted follow up.

In the end, though, Al Hamdan’s penalty was enough to take the Saudis through and keep their hopes of a first Olympic appearance since 1996 intact.