Bangkok: Australia moved one step closer to claiming the AFC U23 Championship Thailand 2020 crown and qualifying for this year’s Olympic Games on Saturday as a 1-0 extra-time win over Syria at Rajamangala Stadium saw them advance to the semi-finals.

Substitute Al Hassan Toure’s goal in the 101st minute of a closely-fought encounter helped guarantee Australia’s progress – and the nation’s best-ever finish at the tournament – on a night when the Olyroos were forced to overcome stiff resistance to ensure their ticket through to the next round.

While the result brought heartbreak for the valiant Syrians, it leaves Graham Arnold’s charges now facing a last four encounter with either Korea Republic or Jordan – the winners of which will be guaranteed a place at Tokyo 2020.

Despite the stakes being high for both sides, the game benefitted from a bright and breezy start, Australia’s Ramy Najjarine curling a third minute effort narrowly wide of the target.

A towering Tass Mourdoukoutas header was saved by Mohamad Yazan Ourabi shortly after, before Syria made their first genuine foray into opposition territory when Mohamad Al Barri saw his attempt blocked by the right leg of onrushing Australia goalkeeper Tom Glover.

Influential midfielder Reno Piscopo then fizzed a shot from distance inches over the bar, and – as half-time approached – Glover produced a sprawling stop to deny Abdul Rahman Barakat. 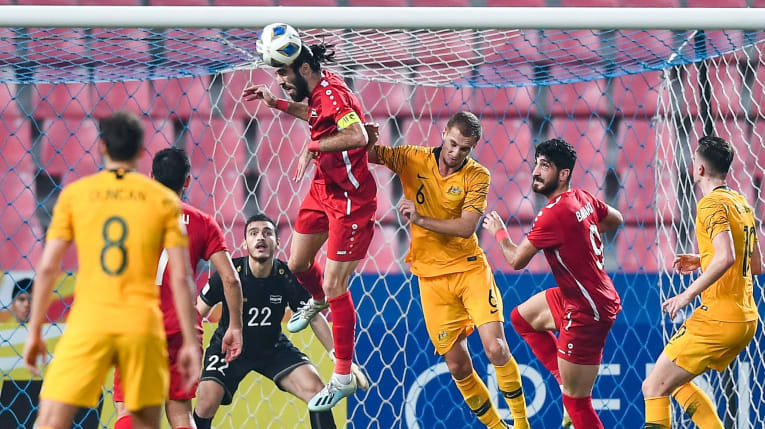 By way of contrast to the relative cut and thrust of the first period, chances were few and far between after the break, Glover’s save from a fierce Barakat strike the only noteworthy action as the game inextricably moved towards extra-time.

After Ourabi had reacted superbly to repel substitute Trent Buhagiar’s effort from close range, Australia took the lead. Aiden O’Neill’s pinpoint pass finding Toure who expertly prodded the ball beyond Ourabi and into the net. 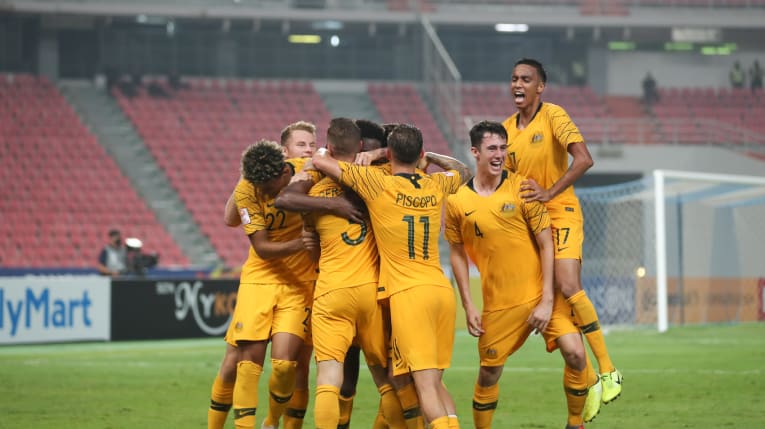 Nicholas D’Agostino came close to adding a second for Australia with 14 minutes remaining, while Ourabi was in the thick of things yet again, this time diving to his right to turn away a Ben Folami drive.

Try as they may, and unable to call on the services of suspended supersub Ala’a Aldin Dali, Syria rarely threatened to grab an equaliser thereafter, leaving Australia to celebrate at the final whistle after keeping their title and Olympic hopes alive.