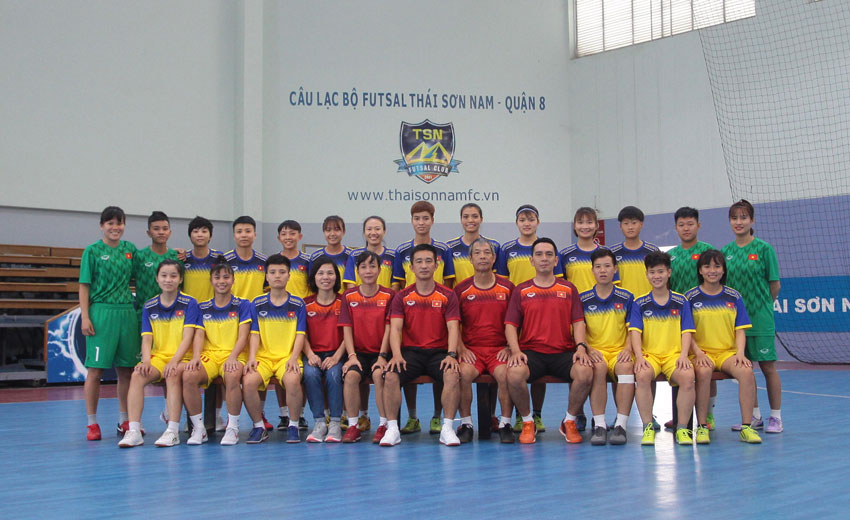 Comment about the force of the team, head coach Truong Quoc Tuan said: “This time, there are many new players who first time joining in the national team, therefore they still have not familiar with the tactics of futsal. After the first day, we can see that the new players still have the gap with the players who have played futsal before and the quality of the national team is still not equal with the last teams. We need more time for training”.

This training program is very important for the AFC Championship 2020. Even though, the lack of force in the Futsal national team is still a huge problem because many players still need to play for the Women National Team and national tournament. This is the reason why we called some new players to prepare for the next year’s tournament”. Head coach Truong Quoc Tuan said.