Việt Nam’s U20 futsal team beat Mes Sungun U20 team of Iran 6-3 in their second friendly match in Iran on Tuesday. 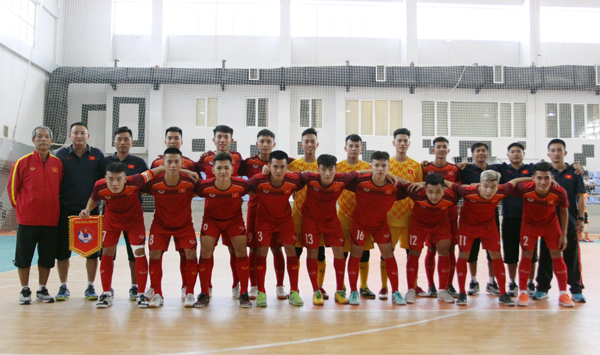 The Vietnamese dominated the game from the opening whistle and scored three goals in the first half.

After the break, the hosts fought back and netted twice in the opening minutes of the half.

Coach Trương Quốc Tuấn’s side the scored a fourth through Huỳnh Mi Woen, but the hosts fought back again and narrowed the gap to 4-3.

Late on, An Lâm Tới and Đức Ngọc scored two more goals to secure the win for Việt Nam.

Việt Nam are training ahead of the 2019 Asia Football Confederation (AFC) U-20 Futsal Championship, where they will face Japan and Tajikistan in Group C for one of two spots in the quarter-finals.

Việt Nam will face Tajikistan on June 15 and tournament favourites Japan the next day.