FIFA President congratulates VFF for the successful hosting of the fouth edition of the AFF Awards. 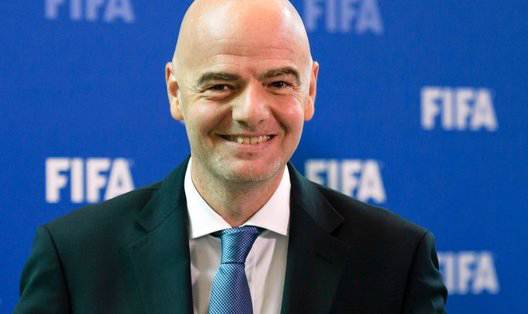 In the letter, FIFA President Gianni Infantion said that he had just comeback after the final match of Copa Commebol Sudamericana 2019 in Asuncuon (Paraguay) and immediately wanted to sent the thanks to VFF President Le Khanh Hai and VFF because of the successful hosting of the fouth edition of the AFF Awards – the most prestigious awards ceremony in the region – recognised and celebrated in the most beautiful way the achievements of the football talents and official of the 12 AFF member associations. “My congratulation also go to the Vietnam National Team head coach Park Hang-seo and your stricker Nguyen Quang Hai, who won respectively the Best Coach and the Best Player of the Year Awards”. Mr. Gianni Infantino shared.

FIFA President Gianni Infantino would like to thanks to VFF for their contribution to the development of our sport and the promotion of its values in Vietnam.

Mr. Gianni Infantino wished Vietnam the best of luck and every success for all the challenges that lie ahead.