BEACH SOCCER: Thais on course for crown; diffucult for Vietnam 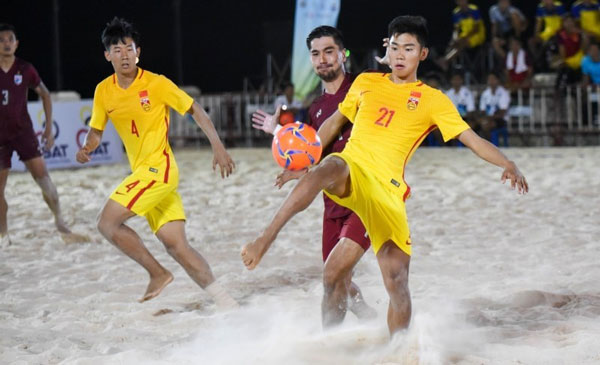 In an ill-tempered match that saw Chinese captain Liu Yi Si red-carded for his second yellow card offense in the third period and then the ejection of head coach Ramiro Amarelle moments later for excessive arguing, the Thais kept their heads cool to pick up their third win in a row.

The match was as keen as it has been expected as China look to win their second game in a row while for the Thais, the rest day yesterday seemed to have injected more determination into their game in front of a packed attendance.

With the first period all square with neither side taking any chances, it was China who went ahead after just three minutes in, when a thrown in saw Chalermchai Saelim heading into the Thai goal.

But Thailand kept pushing and just two minutes later, a brilliant overhead kick from Komkrit Nanan sailed into the Chinese goal as they then went on to take the lead for the first time in the match with an exquisite header from Tanandon Praracha right at the end.

China came in stronger into the third period as they drew level just after two minutes through Cai Wei Ming.

But the Thais were persistence and after nailing their third goal with a Masayuki Yoshida’s penalty in the fourth minute, several exchanges later saw a clash with Chinese goalkeeper Zhang Xue Wei which saw the latter stretchered off.

Increasingly under pressure, captain Yi Si was then sent off to be followed by coach Amarelle.

With a man short, Thailand grabbed the chance to score their fourth goal with a long shot from keeper Wattanachai Srathongian with Piyapong Songpiew providing the dummy.

A goal each from Thailand’s Tanandon and then China’s Wei Ming right in the very last minute of play settled things as the home team maintained their perfect record going into the final game of the competition tomorrow. 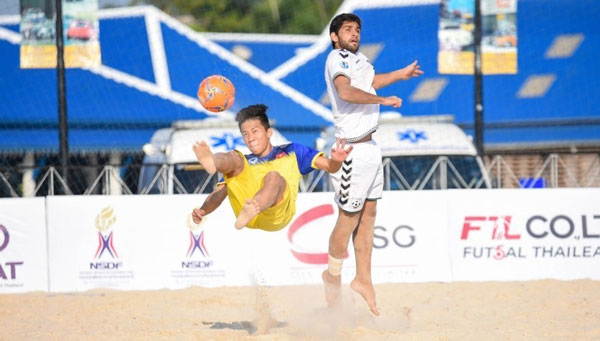 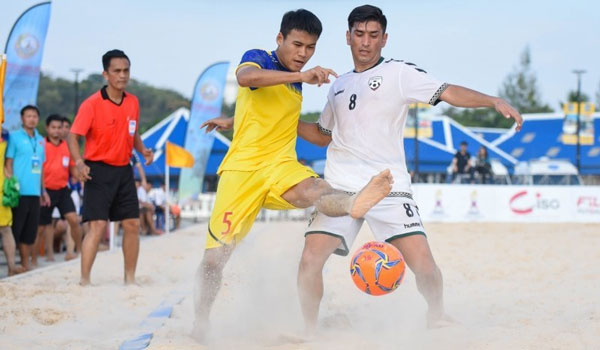 IN THE MEANTIME, Vietnam’s hope of keeping pace with the Thais went terribly wrong despite them taking the lead right at the end of the first period through Tran Ngoc Bao’s freekick.

The second period was even closer as Vietnam put themselves on a 2-1 advantage after Ngoc Bao’s fourth minute goal was cancelled out by Afghanistan’s Mohammad Emran Walizada right at the end.

But the third period would all be Afghanistan as they slammed in six goals on a trot through Mohammad Tamim Haidari’s hat trick (1st, 8th and 11th), Emran (7th), Zainuddin Sharifi (7th) and Samiullah Mohammadi (8th).

All matches at the Laem Tan Beach