Việt Nam defeated the Philippines 2-1 in the semi-finals of the ASEAN Football Federation Women’s Championships in Thailand yesterday. 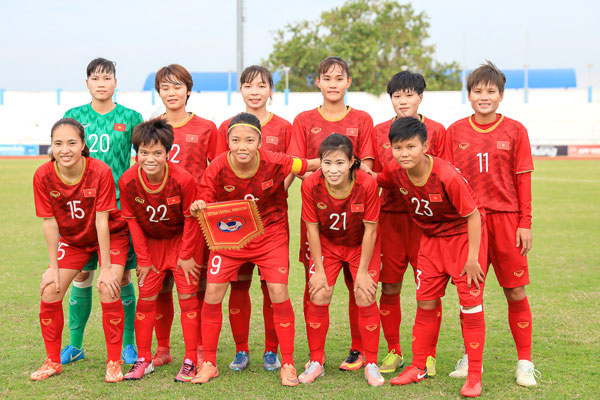 Việt Nam topped Group B with nine points while the Philippines were the runners-up in Group A.

Việt Nam dominated the game from the opening whistle, but Trần Thị Hồng Nhung scored an own goal in the 35th minute to give the Philippines the lead.

Despite conceding first, Việt Nam played with confidence and striker Huỳnh Như levelled the score in the 41st minute.

After the break, Tuyết Dung scored to put Việt Nam ahead in the 57th minute.

Việt Nam continued to pour on the pressure in the dying minutes but they did not score again.

Việt Nam will play Thailand, who beat Myanmar 3-1 in the other semi-final match yesterday, in the final on August 27.