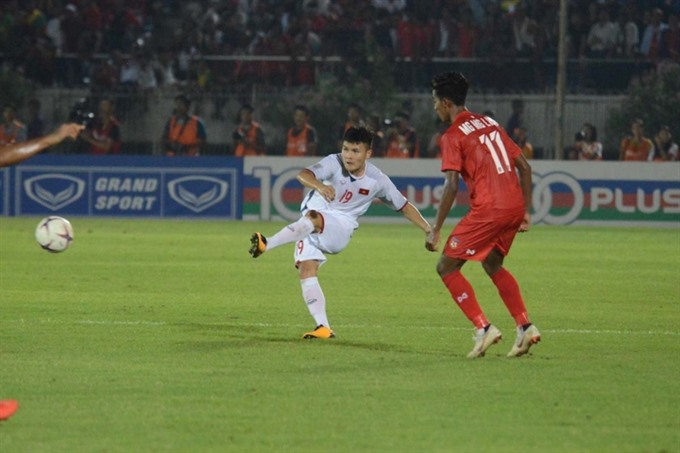 Quế Ngọc Hải was the most impressive of his team’s three defenders during the match against Myanmar, although he did receive a yellow card. His strong and smart challenges helped Việt Nam keep a clean sheet.

Nguyễn Quang Hải was voted the best player of the team in the game. The small midfielder took part in not just Việt Nam’s effective defence, but also the attack.

Đức nearly scored a goal after at least four threatening attempts were stopped by goalkeeper Kyaw Zin Htet, who was also named in the Best XI.

Other players selected were defender Alvaro Silva of the Philippines, midfielder Pokklaw Anan of Thailand and striker Chan Vathanaka of Cambodia.