The second half of the National Futsal Championship will begin today as defending champions Thái Sơn Nam host Quảng Nam in HCM City. 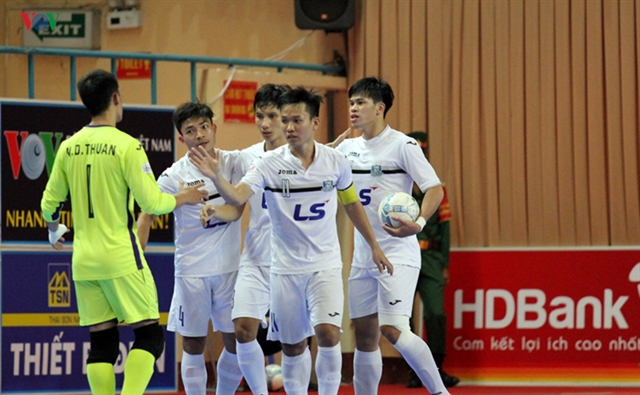 Thái Sơn Nam, who finished third in the AFC Futsal Club Championship two weeks ago, are currently second in the table, while are dead last Quảng Nam

Matches of the second period from August 29 to September 19 with the participation of 10 clubs will be held at the Lãnh Binh Thăng Gymnasium in District 11, and will be aired live on VTC3 and the VFF’s YouTube channels.