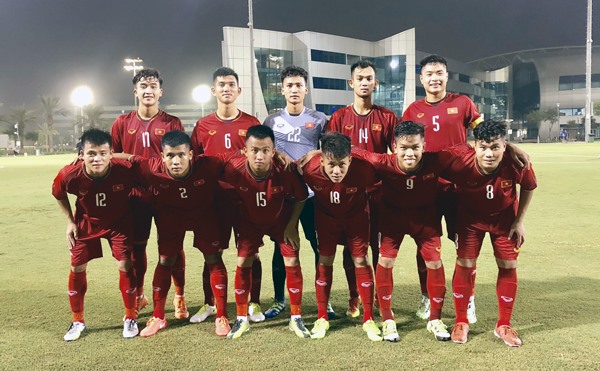 With the advantage of better physical strength, Ivory Coast put pressure on Việt Nam from the first minutes of the match. They scored the opener from a penalty in the fourth minute following a foul by a Vietnamese defender.

However, that was all Ivory Coast could manage in this game. After the break, Việt Nam bounced back and captain Văn Tới equalised from a penalty.

With the goal, the Vietnamese side gained some composure and scored two more thanks to Văn Nam and Thiện Đức.

Earlier, Việt Nam lost to Qatar 1-4 in the first match. They will next face arch rival Uruguay, who beat the hosts Qatar 3-2, on September 22.

The event is a warm up in preparation for the 2018 AFC U19 Championship finals, which will run from October 18 to November 4, drawing the participation of 16 teams.

The top four teams of the tournament will qualify for the 2019 FIFA U20 World Cup scheduled to take place in Poland next year.