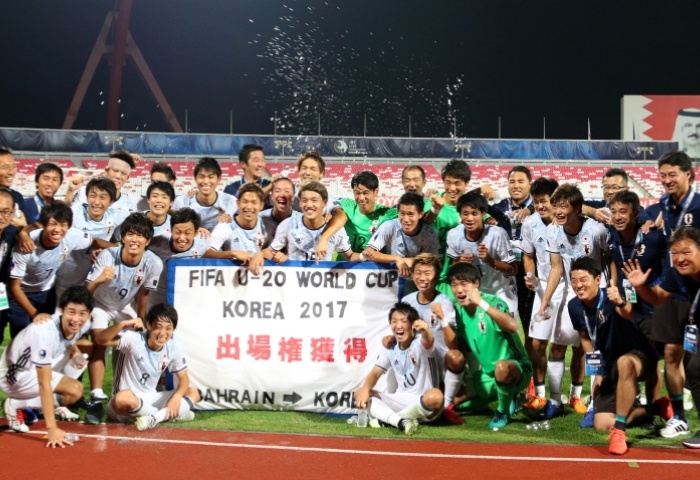 Shaikh Salman said: “This is a remarkable achievement by Saudi Arabia, Vietnam, Islamic Republic of Iran and Japan who have all displayed great determination and consistency to qualify for the FIFA U-20 World Cup Korea Republic 2017.

“Vietnam’s achievement in reaching their first-ever FIFA U-20 World Cup is outstanding. I am sure that all four teams will carry on Asia’s commendable tradition on the world’s stage.

“The AFC U-19 Championship Bahrain 2016 has produced some riveting and captivating football and I wish all the teams the very best as they look to capture the coveted title.”

Saudi Arabia were the first team to reach the semi-finals of the AFC U-19 Championship Bahrain 2016 after a sudden death penalty shootout victory over a resilient Iraq side on Sunday. Vietnam continued to defy expectations with a 1-0 win over hosts Bahrain.

Meanwhile, Japan registered an emphatic 4-0 victory over debutant quarter-finalists Tajikistan on Monday while IR Iran overcame Uzbekistan 2-0 to seal their spot in the semi-finals.

Saudi Arabia will now play IR Iran in the semi-finals, while Vietnam take on Japan on Thursday, with the highly anticipated final scheduled to take place on Sunday, October 30, 5.30pm local time at the Bahrain National Stadium.