Before starting a new year, Deputy Minister, VFF President Le Khanh Hai had an interview with Bongdaplus about the plans of Vietnamese Football in 2020. 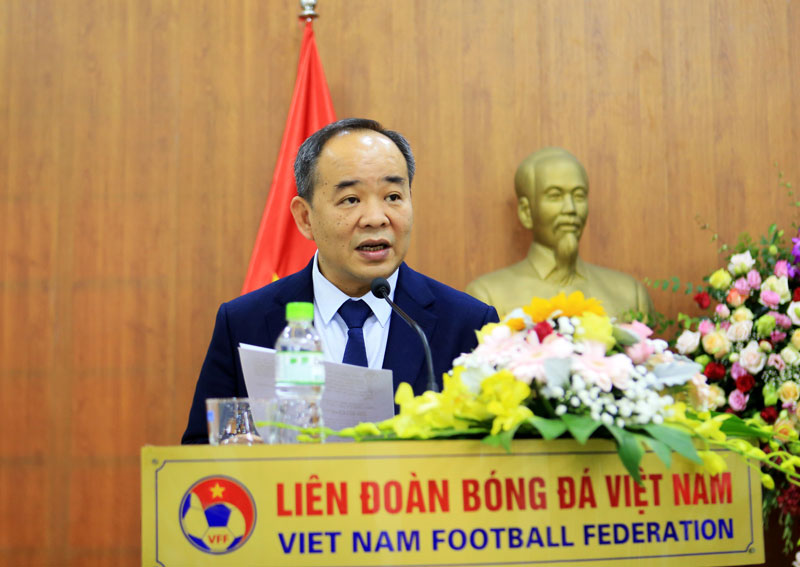 The year 2019 of Vietnamese Football end with many outstanding achievements in which are two gold medals of Men’s and Women’s National Teams at SEA Games 30. These achievements affirmed the No.1 position of Vietnamese Football in the region as well as the new level of the world. The successes today is not only the good news but also the challenge in the future with new goals forward to the campaign of joining World Cup 2026 (Men’s), AFF Cup 2020 (National team), U23 AFC Championship (U23 Vietnam), and Olympic Tokyo 2020 as well as World Cup 2023 (Women’s). Before starting a new year, Deputy Minister, VFF President Le Khanh Hai had an interview with Bongdaplus about the plans of Vietnamese Football in 2020.

Do you surprise about the achievements of Vietnamese Football in this year, especially 2 gold medals of SEA Games 30?

Deputy Minister, VFF President Le Khanh Hai: I always believe in the teams, especially head coach Park Hang-seo and head coach Mai Duc Chung. Due to the successes of last year, particularly in 2018, VFF invested for the teams with the abroad training program to gain more experience. At the meeting with the Women’s team and U22 Vietnam, Prime Minister Nguyen Xuan Phuc affirmed that we have good coaches, talent player generation, desire to win and bravery in Vietnam. We also have both national and international supporters. Behind the teams in the country with the Vietnamese spirit. This victory is not only the victory of sport but also the victory of the Vietnamese spirit.

However, victory today also is a challenge for tomorrow. In 2020, Vietnamese Football will join the international competitions and the expectation of the supporters to the teams is very high. It can be seen that, during these two years, Vietnamese Football achieved historical achievements, however, it is more difficult to maintain and promote these achievements. 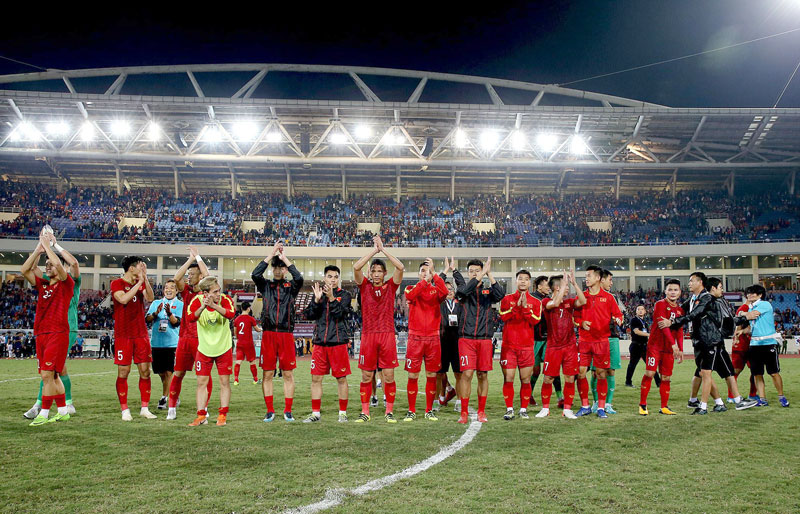 Can you share more detail about the preparation plans of Vietnamese Football in 2020?

Deputy Minister, VFF President Le Khanh Hai: The first thing that needs to complete in 2020 continues to build and enhance the brand value of the national teams, clubs and professional tournaments, encourage more resources and international cooperation to ensure the financial.

In 2020, we look forward to the new missions at U23 AFC Championship as well as Olympic Tokyo 2020 Qualifier, following by the next matches of World Cup 2022 Round 2nd to get the chance to join the Asian Cup 2023. Men’s national team also has an important mission is defending the title of AFF Suzuki Cup 2020, while women’s national team will play in the Women’s Olympic Football Tournament Tokyo 2020 Asian Qualifiers Final Round forward to join the Olympic 2020, at the same time U19 Vietnam will play at the U19 AFC Futsal Championship 2020, Futsal National Team will join the AFC Futsal Championship 2020 which is the qualifying round of FIFA Futsal World Cup 2021, etc.

About the key ambitions, we will continue to prepare for the World Cup 2026. And to do that we have to try more and more for the common goal as well as focus on the young generation.

Thanks, Deputy Minister, VFF President Le Khanh Hai and best wish for Vietnamese Football in 2020 as well as the future.