Việt Nam took silver medal at the U15 International Football Tournament which closed in Bà Rịa-Vũng Tàu Province on Friday. 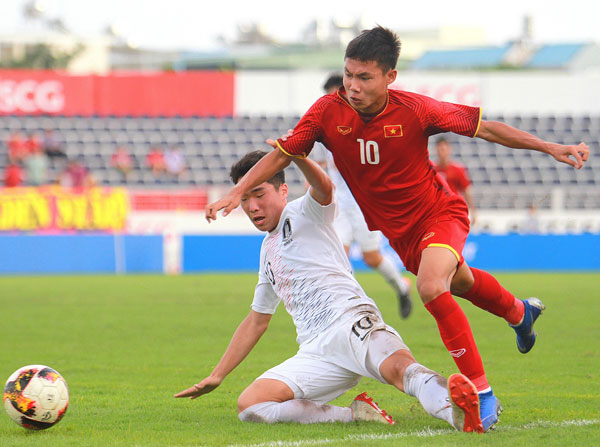 The hosts lost 2-3 to powerful South Korea in the last round robin format tournament’s match.

Lee Kyudong opened the score in the 54th minute with a strong header in the box.

Cái Văn Quỳ of Việt Nam netted twice in the 74th and 77th minutes both from counter-attacks.

Park Janghangyeol levelled the score with a successful penalty in the 85th just three minutes before captain Kim Raewoo made it 3-2 from a close-range finish.

South Korea won all three matches at the four-side tournament and grabbed the gold medal. Việt Nam came second with two wins and one loss.