The first female Vietnamese footballer competing abroad, Trần Hồng Nhung, will have a chance to win the Thai national championship. 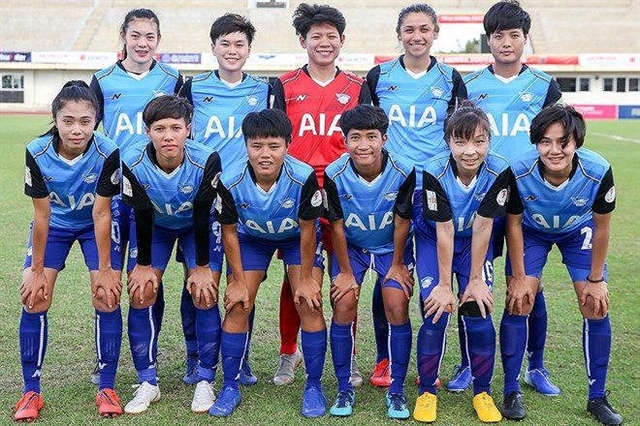 The midfielder played a big role in Chonburi United’s semi-final match against Air Force FC on Thursday. She was one of players to score her penalty in the shoot-out to help Chonburi to a 4-3 win and a berth in the gold-medal game. They will play BG Khon Kaen on May 11.

Nhung, under contract with Phong Phú Hà Nam FC, travelled to Thailand on a 10-day loan contract from April 25.

The 27-year-old player is a key member of the national team that advanced to the final round of qualification for the Tokyo Olympics last month.