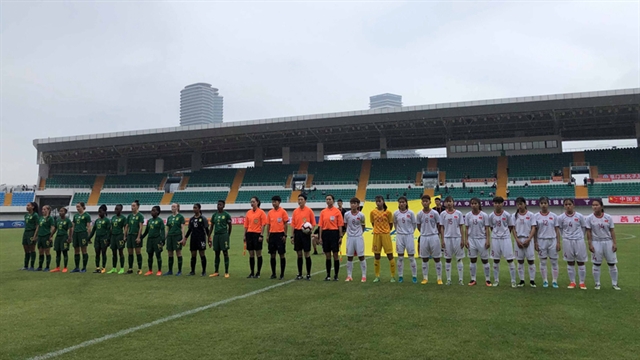 The under 19s attacked from the whistle and their pressure paid off when they took the lead in the 12th minute.

Captain Nguyễn Thị Tuyết Ngân controlled the ball in the box before finding the back of the net with a cool finish.

It was 2-0 for Việt Nam 13 minutes later when midfielder Phạm Thị Lan Anh scored from the penalty spot.

Striker Ngân completed her double just 10 minutes after the break after she was found clear in the box before slotting home.

Việt Nam are in third place behind China and Thailand.

In the next match Việt Nam will face Thailand on May 10.