Kao Việt Nam Company has become a sponsor of the national football teams after a signing ceremony held this morning in Hà Nội. 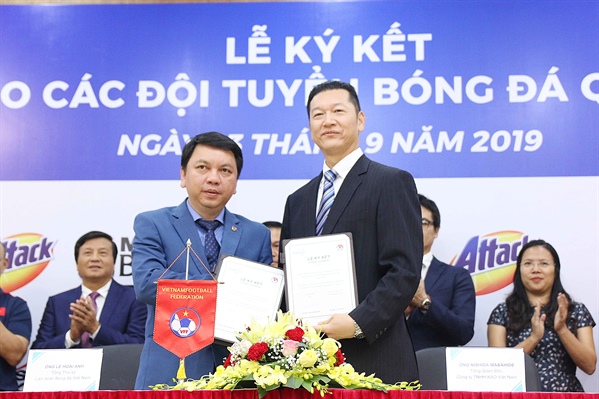 The company from Japan pledged to support the national men’s and women’s and the U23 squads for two years, starting from early this April.

On the other side, Kao Viet Nam’s General Director Nishida Masahide said he hoped the company’s products would help care players’ health and play a role in their success.

All three squads are preparing for big international fixtures this year. The men’s team will entertain Malaysia next month in the 2020 World Cup qualifiers. The U23s will try to win the SEA Games for the first time while the women’s will defend their SEA Games crown in November in the Philippines.

Kao Việt Nam is a member of Kao Group with business in different fields including cosmetics, skin and hair care, human health care and chemical products.