Trần Anh Tú was selected chairman of the Việt Nam Professional Football (VPF) company’s board of directors at an annual meeting, which concluded… 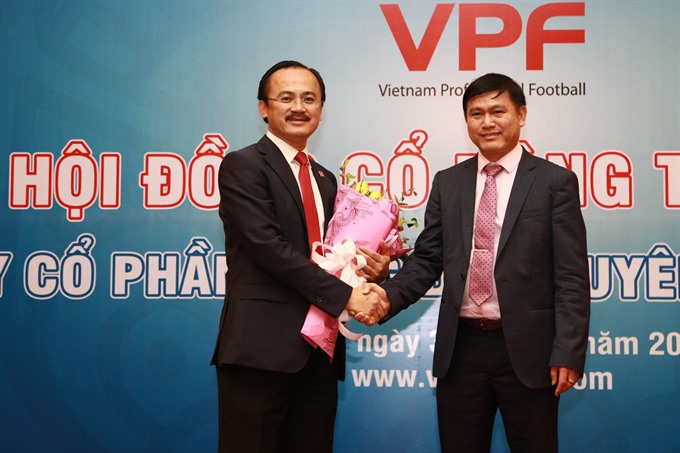 Trần Anh Tú (right) replaces Võ Quốc Thắng (left) as chairman of the Việt Nam Professional Football (VPF) company’s board of directors and will work in the period of 2017-2020.

The company manages the national football tournaments, such as V.League 1, V.League 2 and the National Cup.

Tú, who is head of the Việt Nam Football Federation’s Futsal Department, will work for the period between 2017 and 2020. He replaces former chairman Võ Quốc Thắng, who wanted to quit.

“I have taken the position because of my passion for football. I feel the pressure but hope that it will not be too much to overcome,” Tú said.

“The first task will be to seek sponsorship, because the new season will begin in the next three months. We have to race with the time,” said the chairman, who is also head of the HCM City’s Football Federation.

Tú will be assisted by deputy chairman Trần Mạnh Hùng, who is president of Hải Phòng FC, and 10 other members of the board.