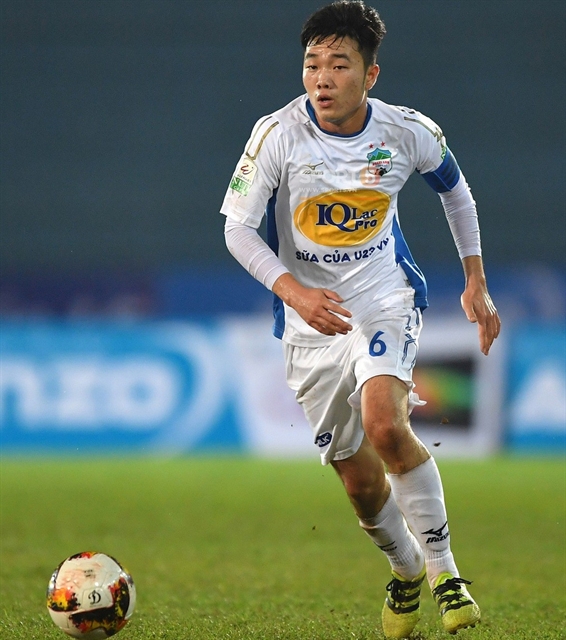 He ended his one-year contract on loan last week and has been named in Hoàng Anh Gia Lai’s squad for the second half of the national premier league which begins this weekend.

The midfielder arrived in Tam Kỳ City on Monday to prepare for the game.

“It was my great time in career when I played with good players and I appreciate that. (Back home) I really want to play more it means that I have to try harder for a berth in the first team,” said Trường.

“After four months in Thailand I believe that my performance is better and better in both physique and ball control,” he added.

Coach Lee Tae-hoon praised the player’s come-back but he did not say if he would start the match.

“Trường’s return is good for our team as he is a quality player. However there is a little change in our playing style and he needs time to adjust,” Lee said.

Trường is currently the most expensive player of Hoàng Anh Gia Lai. According to Transfermarkt.com he is valued around 200,000 euros (US$226,000) – one of highest prices among Vietnamese players.

Trường who is known for his perfect passes is expected to support striker Nguyễn Văn Toàn in the front line. Toàn is in his peak with six goals in the V.League and National Cup to date.

Despite playing away, 10th place Hoàng Anh Gia Lai go into the game favourites with Quảng Nam are struggling second from the bottom. In the last V.League meet in April, Quảng Nam won 4-0.

Other quarter-finals matches are between Hải Phòng vs HCM City at the Lạch Tray Stadium today. Hải Phòng are No 12 out of 14 teams while HCM City top the ranking.

V.League 1 reigning champions Hà Nội FC will visit Nam Định at the Thiên Trường Stadium tomorrow. Hà Nội are in second place but  have struggled against Nam Định. In the V.League match on May 24, the champions lost 0-2.

The final game is between Sài Gòn and Becamex Bình Dương at the Thống Nhất Stadium. Both of them are in the middle of the rankings.