After a week of gathering and physical training at the Vietnam Youth Football Training Centre, in the afternoon of April 2, the National Women’s Team had the first friendly match against Phu Dong FC men’s U13 team. This is a small test of head coach Mai Duc Chung for the players before the whole team leaves for training in Korea, preparing for the 31st SEA Games. 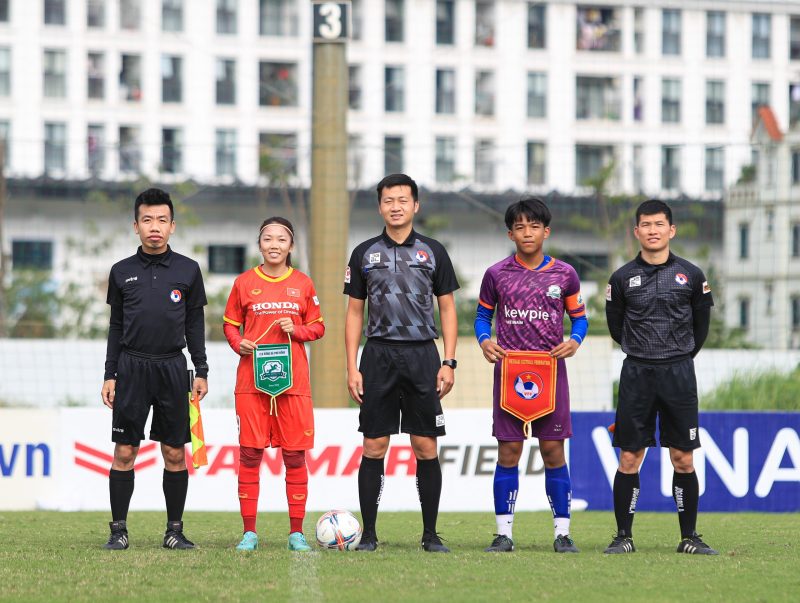 For the purpose of testing the squad and reserve positions, coach Mai Duc Chung arranged for the players to play with a team that was assessed as medium, the male players of the U13 age group. In the first half, the main squad consisted of goalkeeper Kim Thanh, defenders Hoang Loan, Tran Thi Thu, Chuong Thi Kieu, Thu Xuan; Two central defenders Thuy Trang, Thai Thi Thai and midfielders Bich Thuy, Huynh Nhu, Tuyet Dung and striker Hai Yen were arranged to play first.

With their experience, the National Women’s players have maintained a balance, created a number of opportunities but only realized the situation of Tuyet Dung’s goal. 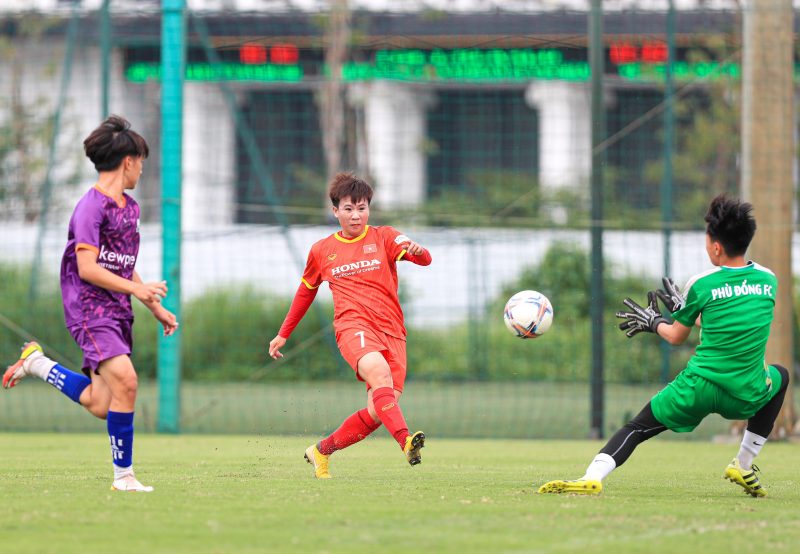 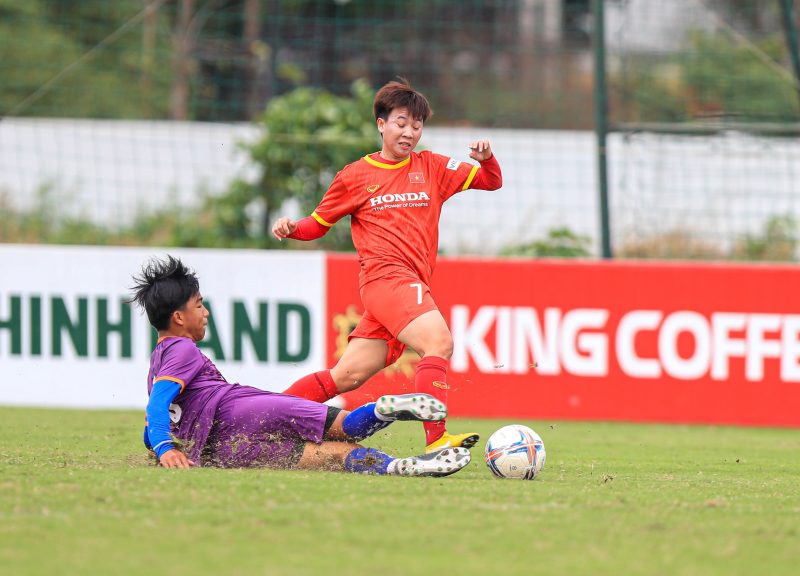 In the second half, the substitute team entered the field. Against a 13-year-old opponent with a challenge of agility and good physical strength, the female players lost 1 goal after a situation of lack of observation and experience. In the end, the two teams drew 1-1.

Commenting on the players and the match, coach Mai Duc Chung said: “The female players are still in the stage of physical training with heavy exercises, their limbs have not yet released their inertia. This friendly match is an overall test for the coang assistants to continue to stabilize the main squad and test some position. Playing against the opponents in Southeast Asia are quite familiar, we can completely play normal attack. Of course, in the Korean training trip, there will be some adjustments accordingly. Therefore, the results of friendly matches are not too important.” 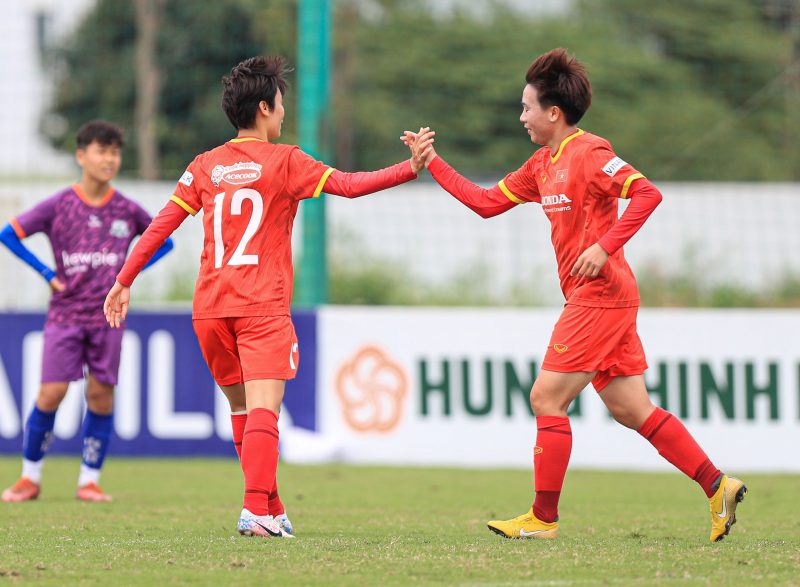 As planned, the National Women’s team will have a complete rest tomorrow (April 3). Huynh Nhu and his teammates will return to practice on April 4. Coach Mai Duc Chung said he would let the players play internally on the afternoon practice session of April 4. The whole team will continue to practice at the Vietnam Youth Football Training Center all day from April 5 until the end of the morning of April 6. On the evening of April 6, the National Women’s Team will depart for South Korea to begin a training trip.

At the invitation of the Korean Football Federation, the Vietnamese women’s team will play two friendly matches against the Korean women’s team on April 9 and April 11. It is expected that teachers and coaches Mai Duc Chung will have 4 more friendly matches with Korean women’s clubs on April 13, April 15, April 17 and April 19. On April 21, the team returned to Vietnam, went straight to Cam Pha to enter the final preparation stage, before attending the SEA Games.