On May 30, the National Women’s Team gathered again to prepare for the 2022 AFF Women’s Championship

After nearly 10 days of rest, the National Women’s Team will officially gather again on May 30 at the Vietnam Youth Football Training Center, to prepare for the 2022 AFF Women’s Championship. taking place in the Philippines in early July. 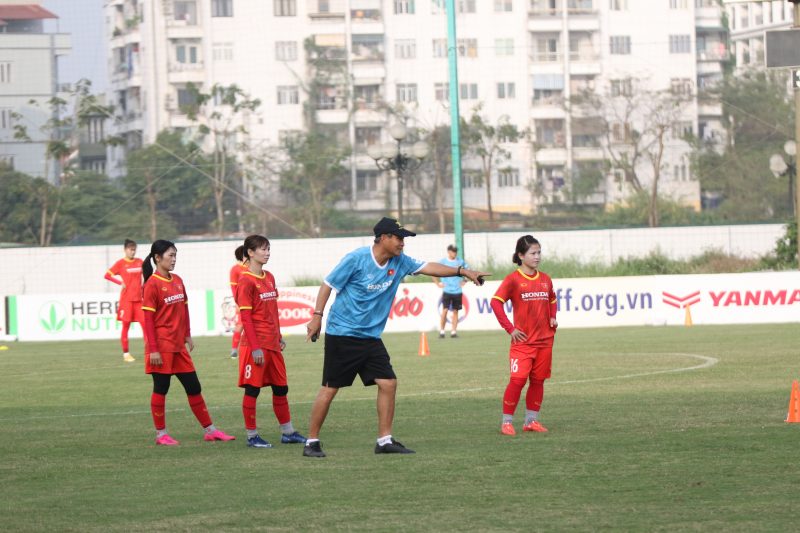 The National Women’s Team, under the leadership of head coach Mai Duc Chung and his assistants, successfully competed from the final round of the 2022 AFC Women’s Asian Cup to win tickets to the 2023 World Cup and defend successfully won a gold medal at the 31st SEA Games in Vietnam. To prepare for this gathering, head coach Mai Duc Chung has prepared a list of 28 athletes, which continues to call for more young players. The second gathering in 2022 of the women’s team will last for a month and a half, from May 30 to July 14 with 3 phases, notably a 5-day training tour with a friendly match with the French women’s team, at the invitation of the French Football Federation.

– From May 30 to June 26: Gather at the Vietnam Youth Football Training Center.

– From June 27 to July 2: Training and friendly matches (scheduled for July 1) in France.

– From July 2 to July 14: Competing in the Philippines.

At the 2022 AFF Women’s Championship, 10 teams including Vietnam, Thailand, Myanmar, Malaysia, Indonesia, Laos, Cambodia, Timor Leste, Singapore and the host Philippines will be divided into 2 groups and compete in a round-robin counting point to select the top two teams of each group to advance to the semi-finals. Tomorrow (May 28), the organisation committee will conduct a draw to divide groups and schedule matches in the Philippines.