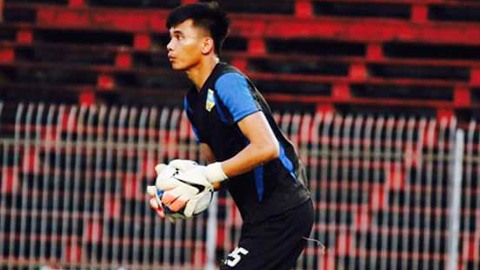 Quảng Nam FC’s Phạm Văn Cường is one of four new faces of the national team under coach Park Hang-seo.

Most of them are familiar faces from the team that played in a recent international tournament. They are recommended by the Việt Nam Football Federation coaching council.

However, Park made his own trade when he gave a chance to goalie Phạm Văn Cường of Quảng Nam, defender Vũ Xuân Cường of FLC Thanh Hóa, and midfielders Đỗ Văn Thuận from Sài Gòn and Trần Minh Vương from Hoàng Anh Gia Lai. They, according to Park, showed stable and strong performance during the match he watched recently.

The team will gather together today in Hà Nội and will have a week of working to ensure their readiness for the match, which will be held at Mỹ Đình Stadium.