The 27-year-old hit eight goals in two appearances to power the Golden Star Warriors to a place at India 2022 and finish as the leading scorer in the preliminaries, three clear of Korea Republic’s Moon Mira. Pham is now eager to take the Asian finals, which serve as the continent’s qualifiers for Australia & New Zealand 2023, by storm.

“Of course, the Women’s Asian Cup is a test for us,” the dynamic forward told FIFA.com. “My targets for this campaign are simple: try to help my team win games in order to qualify for the Women’s World Cup for the first time.”

The top-five finishers will advance to the extravaganza Down Under, with another two teams going into the inter-confederation play-offs. With Australia already granted an automatic berth as hosts, it means that the participating teams have enhanced hopes.

“I think the chances for the contenders have been increased, and that includes us,” said Pham. “Therefore, I will try my best to make it with my team. The Women’s World Cup is every player’s dream and all I want is to realise it.” 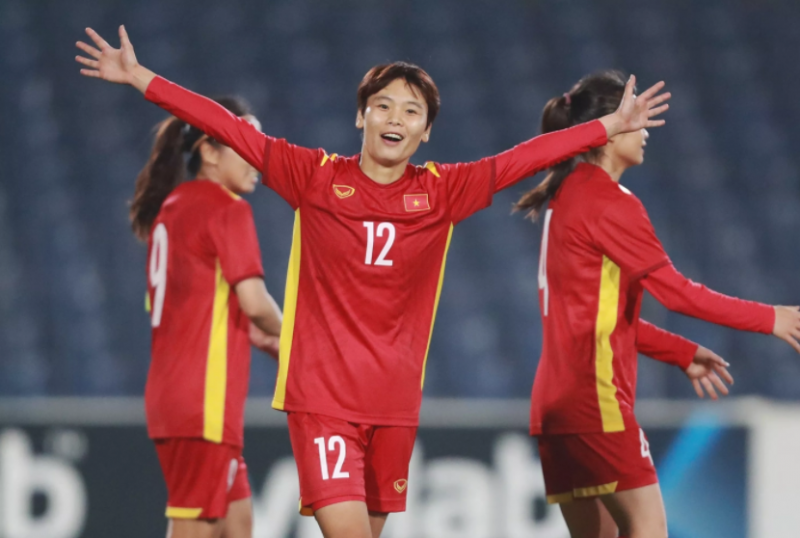 Born in Hanoi in 1994, Pham started playing football as a little kid. “There was a big football field near my grandparents’ house where I saw people playing football,” she said. “It looked such a lot of fun to me. It felt so cool playing the game.”

Obsessed with the sport as much as she was, however, Pham didn’t decide to become a footballer until watching it at the SEA Games 2003 in Vietnam. There, the hosts pulled off a series of eye-catching displays, winning silver largely thanks to the form of four-goal Pham Van Quyen.

“I followed our team during the tournament,” said the current Vietnam star. “I was impressed by Van Quyen. I really wanted to become a player of great skill like him.” 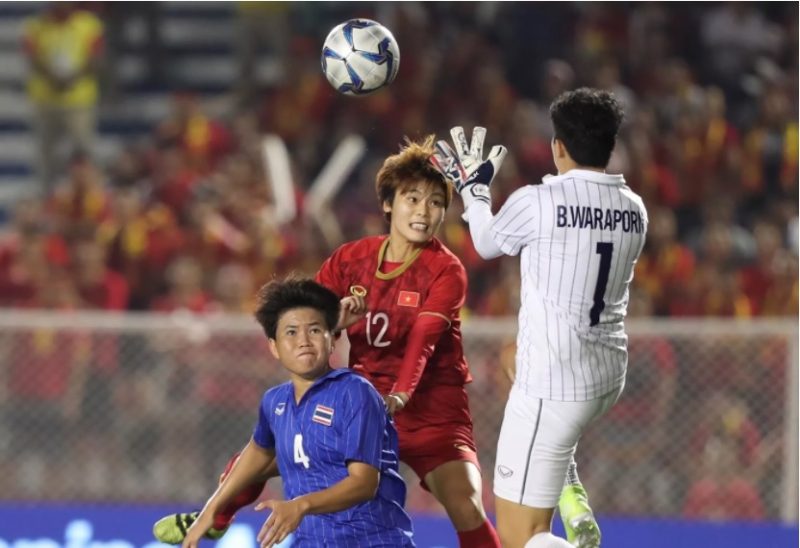 Where there is a will, there is a way. Just as the saying goes, the determined youngster made notable progress in the following years, earning her first professional contract with Hanoi in 2011. From there, Pham’s career took off with the capital side as she finished the Vietnamese Women’s National Championship’s top scorer four times, in 2015, 2018, 2019 and 2020.

At international level, Pham has scored 30 goals from 44 caps across 11 years. She singles out the tournament-winning goal she scored against Thailand in the final of the SEA Games 2019 as her most memorable. The two sides were locked at 0-0 after 90 minutes, but two minutes into the extra time, Pham rose to the occasion, latching on to a free-kick to seal the victory for Vietnam.

“I was so happy to score the only goal in the final,” she said. “With the goal, we won the SEA Games gold. It was a milestone moment in my career.”

“I’ve worked very hard, and my family and coaches have given me big support over all these years,” she said. I think I owe them for my success. I should do better to live up to the expectations.”