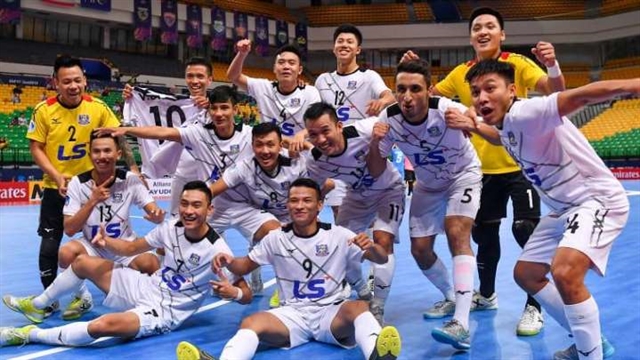 In his message, AFC General Secretary Dato’ Winsor John congratulated Thái Sơn Nam, Mes Sungun Warzeqan of Iran and Nagoya Oceans of Japan on being the strongest teams of Asia in this year’s tournament.

The AFC highly appreciates the contributions of the clubs to the development of the AFC Futsal Club Championship, he added.

The Vietnamese team came from behind to defeat Uzbekistan’s FC AGMK 6-4 in the third-place play-off match.

The Vietnamese club made it onto the tournament’s top three in its three most-recent appearance at the continental tournament, and brought home a historic silver medal in 2018.

Chairman of the club Trần Anh Tú said the team competing at major events like the AFC Futsal Club Championship will help players gain confidence when being selected for the national team and playing at other international tournaments.