Việt Nam beat Chinese Taipei 5-4 in the third match of Group B of the 2017 Asian Football Confederation U-20 Futsal Championship in Thailand yesterday. 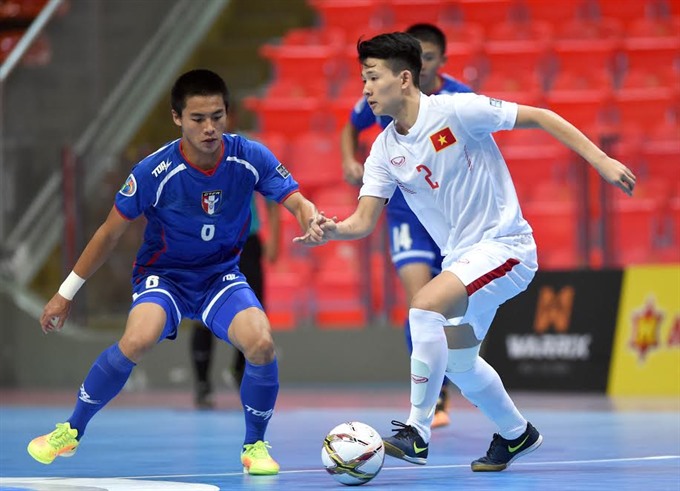 This win has helped Việt Nam edge a step closer to a place in the tournament’s quarter-finals.

The win also sees Việt Nam move to second place in the group with seven points, one behind table toppers Indonesia – who are assured of a place in the last eight – and crucially two points ahead of Japan, who they will face today knowing that a draw or better will be enough for them to progress.

Despite having recorded two successive defeats heading into the game at Bangkok’s Hua Mark Indoor Stadium, Chinese Taipei were quick out of the blocks against Vietnam as goals from Huang Chieh, Lai Ming Hui and Tan Wu-ling helped secure a 3-0 lead within the first ten minutes.

However, Việt Nam responded with Dương Ngọc Linh and Vũ Ngọc Lân’s efforts in the first half, before hauling themselves level, courtesy of Nguyễn Tuấn Thành’s strike in the 29th minute.