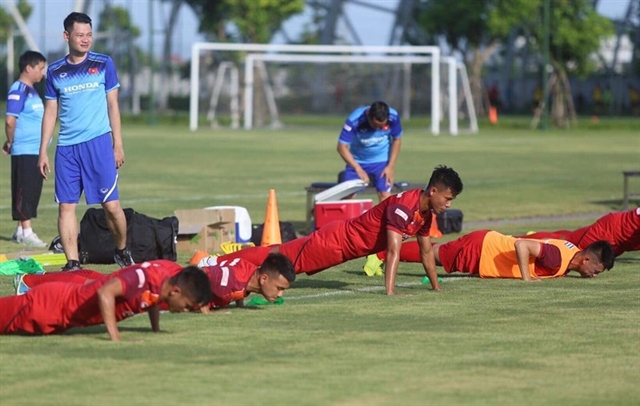 This is the second of seven training sessions to be held before the tournament in November. The South Korean has stuck with 15 players from the first session and added 11 new faces.

The team will train at the Promotion Fund for Vietnamese Football Talent’s centre on the outskirts of Hà Nội.

During the three-day meeting, which starts today, they will play a practice match against V.League 1 outfit Viettel on Wednesday.

The U22+2 squad, meaning two players from any age can play, will take part in the competition later this year in the Philippines.