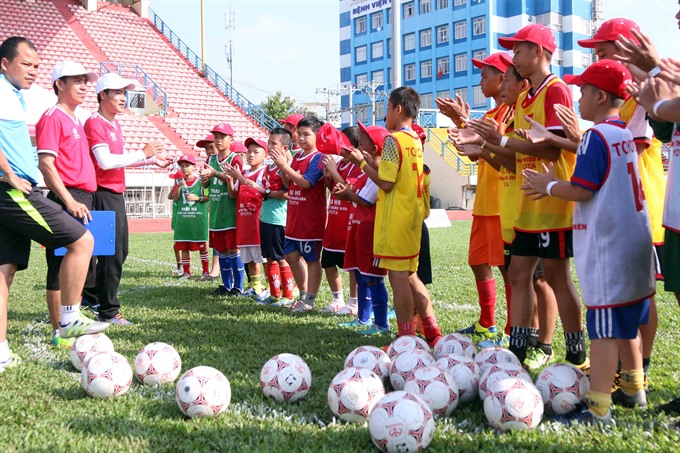 The Toyota Junior Football Clinic & Camp 2017 is scheduled to kick off from June 4 to August 30 in four big cities. — Photo tuoitre.vn

This is the programme’s third year, thanks to the support from the Ministry of Education and Training, to train students with passion for football in the age from nine to 12.

Especially, the organisers will give a special award for the best five young football players selected from 18 kids that participated in TOYOTA International Junior Cup in Japan. The best five young football players will receive a year-long scholarship for an extracurricular course organised by professional football clubs nationwide, in which they will be trained with football skills in a professional environment.

The event is a chance for all children countrywide for experience, exchange and being trained in a professional football environment.

The organisers also announced a Football TV Programme, “When the ball rolls”, together with “Toyota Junior Football Clinic & Camp” in order to share football skills and rules to football lovers in Việt Nam.