Việt Nam’s under 19s left it late to beat Thailand in the GSB Bangkok Cup on Thursday, scoring the winner with almost the last kick of the game. 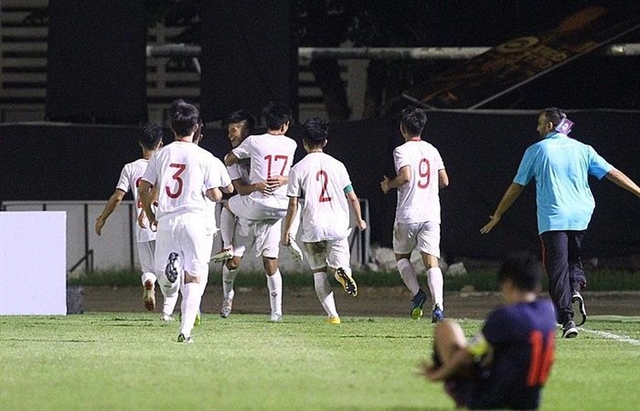 Nguyễn Văn Tùng connected to a cross from the right to slot home at the 93rd minutes.

Playing in Bangkok, the hosts were poor in the first half and Việt Nam will have been disappointed to not take a lead into the interval.

The second half was a whole different ball game, with Thailand on the front foot from the whistle.

With both teams expecting a share of the spoils, it was substitute Tùng who made the difference with his late winner.

Việt Nam will meet South Korea, who trounced Uzbekistan 5-0 in an earlier game, in the final on Saturday.

The Cup is considered good preparation for the 2020 Asian championship’s qualification early next month.

In the continental event, Việt Nam as the hosts are in Group J with Japan, Mongolia and Guam. All match will be held in Bà Rịa-Vũng Tàu Province on November 6-10.