VFF and Mr. Park Hang-seo were unanimously extended the contract

After a period of discussion, Vietnam Football Federation (VFF) and Head coach Park Hang-seo now have found a consensus on the extension of the contract… 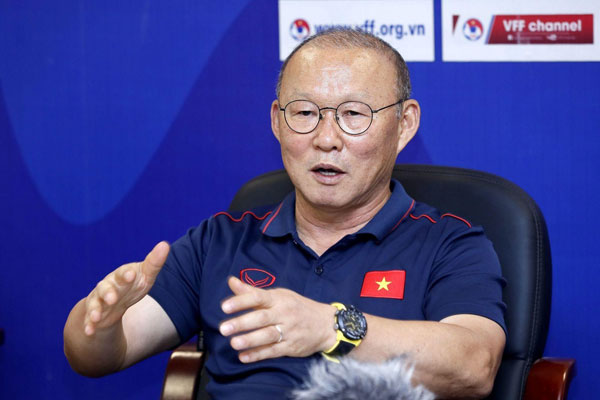 This is not only good news for the supporters but also the respect and recognition for the great contributions of coach Park Hang-seo after the time working as a Head coach of the national team and U23 Vietnam. In 2 years, besides the strong investment of VFF for the national team, Coach Parks Hang-seo, accompanied by his partners, has created a big change in promoting the maximum strength of the national team and U23 Vietnam. Because of that, Vietnam reaches impressive achievements on the regional and continental arenas, thereby bringing a lot of emotions to the supporters. Starting with the historical journey of the U23 Vietnam at the U23 Asian Championship 2018, following by the achievement of reaching the semi-final of the Asian Games 2018, and excellent get the title of AFF Suzuki Cup 2018 and reached the quarter-finals of the Asian Championship 2019. Recently, under the guidance of Head coach Park Hang-seo, Vietnam Football National Team also has 3 victories at the 2022 World Cup Qualifiers in Asia.

The signing ceremony of a contract extension between VFF and Coach Park Hang-seo will be held on November 7 in Hanoi.