Prime Minister Nguyễn Xuân Phúc has thrown his support behind the national football team, who are in Thailand for the coming 2022 World Cup… 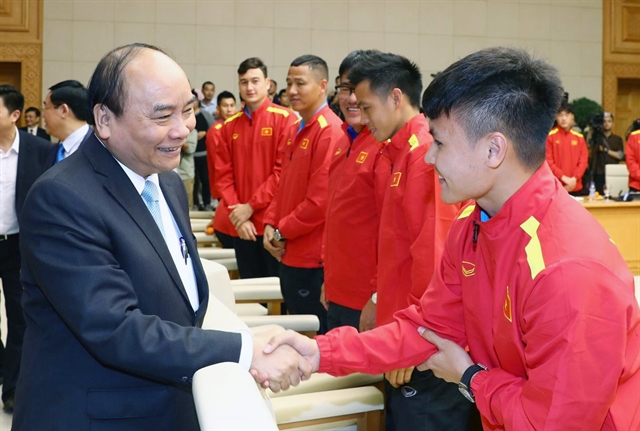 The PM called the team and said he hoped the athletes would play with great determination against the hosts so they could get the best result possible in their first match of the campaign.

Earlier, Minister of Culture, Sports and Tourism Nguyễn Ngọc Thiện visited the team before they left Hà Nội for Thailand on August 30.

Thiện said the World Cup qualification effort is important for Việt Nam. He hoped players would do their best and repeat their success from previous events.

The match on Thursday will kick off at 7pm at the Thammasat University Stadium in Pathum Thani Province.