Việt Nam ready to compete at AFC U16 champs

Việt Nam will compete at the Asian Football Confederation (AFC) U16 Championship to be held in Malaysia from September 20 to October 7. 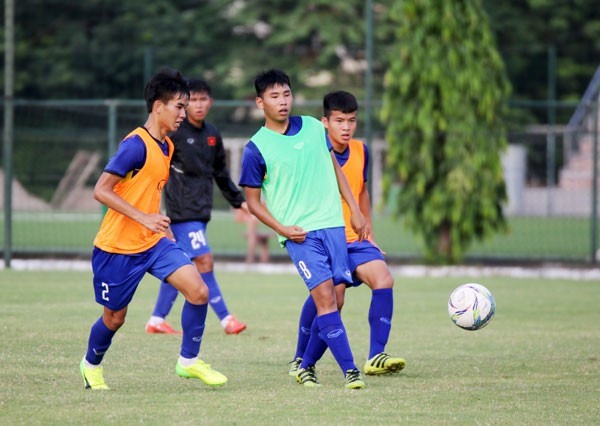 To prepare for the event, the team have been training in Japan, where they lost to U18 team Naebashi Ikuhei 4-1, tied goalless with U18 Fucushima and were defeated by U18 Shimizu S-Pulse 3-0.

However, head coach Vũ Hồng Việt said that his players’ psychology, physical strength and skills had improved and they were ready for the tournament.

Việt Nam have been drawn in Group C alongside Iran, Indonesia and India.

Two years ago in India, Việt Nam reached the quarter-finals.

The top four teams will represent Asia at the FIFA U17 World Cup 2019, which will be held in Peru.