Kim Han-yoon will take charge of the national U23 team to take on Myanmar in a friendly match at Mỹ Đình Stadium in Hà Nội on June 7. 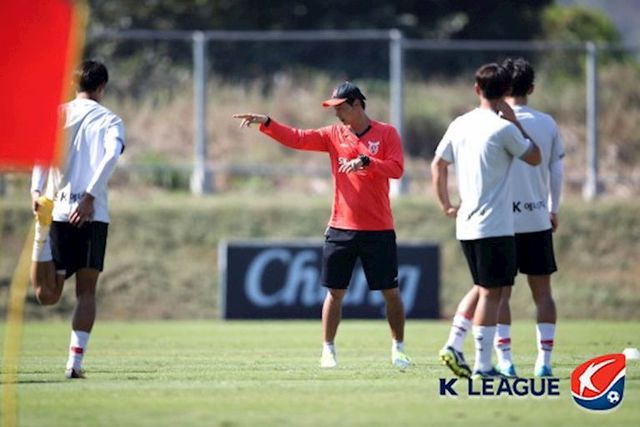 The match was organised to help the squad prepare for the Southeast Asian Games in the Philippines later this year.

He will manage the U23s while Park is busy with the national team at the King’s Cup in Thailand on June 5-8.

Kim played for FC Seoul, Bucheon SK, Pohang Steelers and Busan L’Park during his career. He retired in 2010 and became coach of Busan L’Park in 2011 before moving to FC Seoul.

Choi took responsibility for many injured Vietnamese players in South Korea in the past such as midfielder Nguyễn Tuấn Anh and defenders Vũ Văn Thanh and Trần Đình Trọng.

He ended his contract with the national team of South Korea and will work in Việt Nam starting from next month.