VN top Group B in regional U15 event

Việt Nam were ranked first in Group B of the ASEAN Football Federation U15 Championship after their 4-0 win over East Timor in Thailand yesterday. 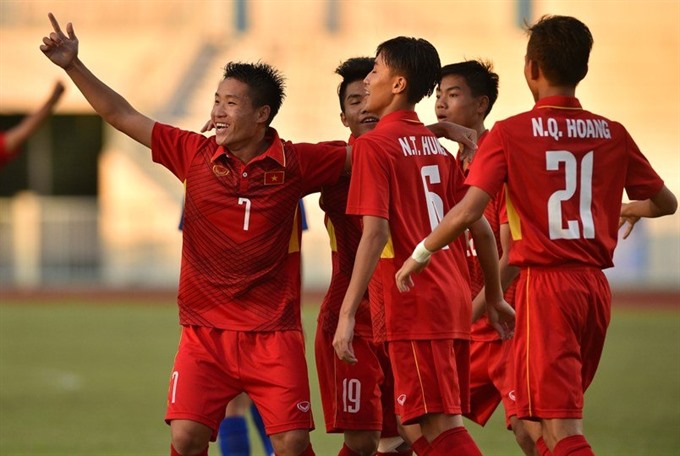 Chí Bảo gave a long pass to the box and Bá Dương managed well to open the score at the 25th minute with a left-foot finish.

Captain Quang Trường made it 2-0 from a penalty in the early minutes of the second half.

Đức Hoàng and Văn Trung netted the last two for Việt Nam after East Timor were reduced to 10 boys.

Việt Nam won all the five group matches in the tournament to earn 15 points.

They will play Australia, the Group A runners-up, in the semi-finals.

Malaysia, who were placed second in Group B, will play hosts Thailand, who topped Group A.