On the afternoon of 23rd Oct, VFF General Secretary Le Hoai Anh accompany with GS Department, representative of VFF Officer Union, and head coach Park Hang-seo came to the Central Committee of Vietnam Fatherland Front to donate 239.945.238 VND and 3.000 USD to support the citizens in the Central Vietnam who are facing with the storm. 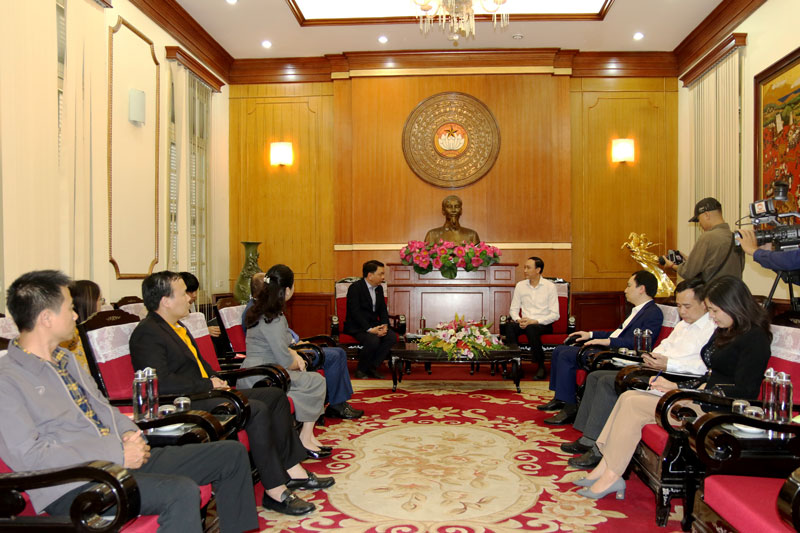 At the meeting, VFF General Secretary Le Hoai Anh said that: “Through the Central Committee of Vietnam Fatherland Front, VFF donates 239.945.238 VND to Central Vietnam. This is the hearth of staff, union’s member with the hope that the citizens can get over a difficult time as soon as possible”.

On behalf of the Central Committee of Vietnam Fatherland Front, Mr. Phung Khanh Tai – Vice President of the Central Committee of Vietnam Fatherland Front thanked the support of VFF, head coach Park Hang-seo and assistants. “These actions were very beautiful and extend love in society. Recently, the Government asks the involved departments to focus on the relief. In the up-coming time, the recovery actions after the disaster also facing many difficulties. We hope that VFF, coaches, athletes will continue to extend the good actions to the spectator, thereby, together fight with the difficult period”. 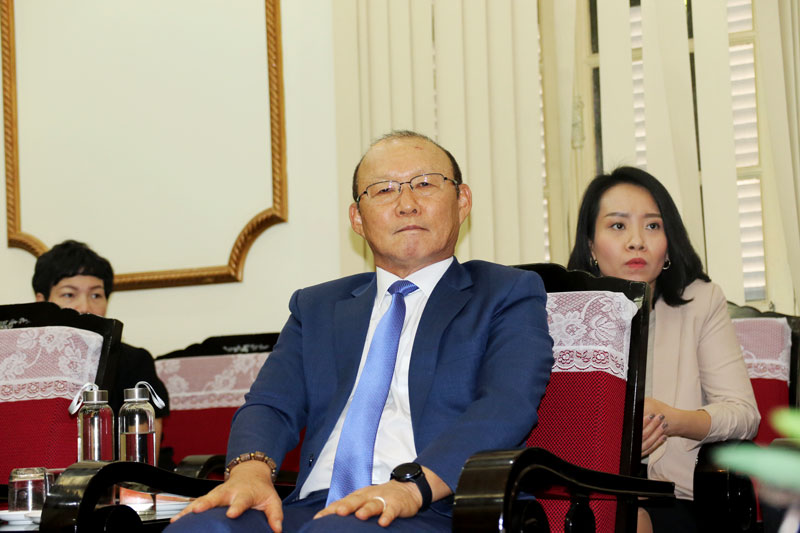 Also at the meeting, head coach Park Hang-seo hoped that the citizens in Central Vietnam can come back to normal life as soon as possible and the donate of him and colleagues will be a small part to support fo them. 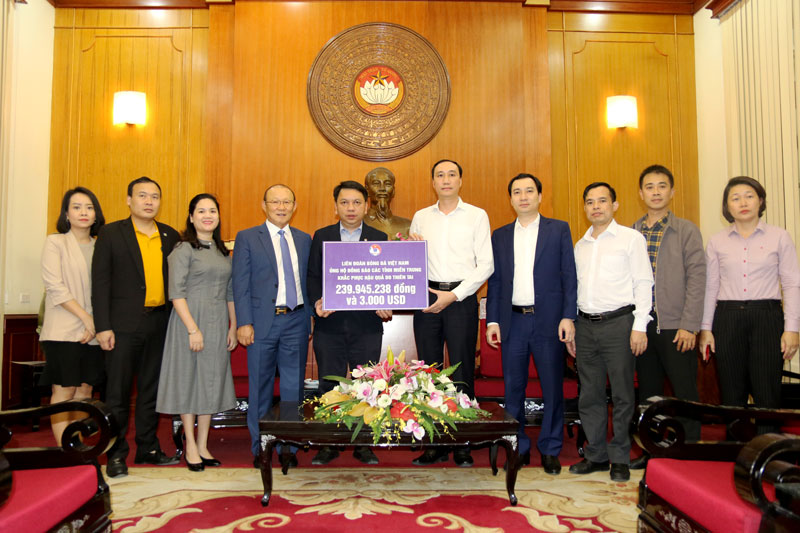