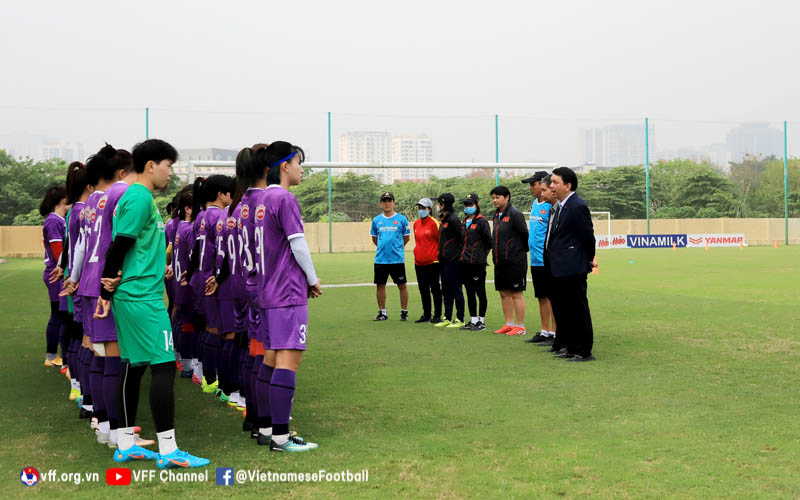 Also attending the meeting were Mr. Duong Nghiep Khoi – Assistant of VFF Acting President, the representative of the National Teams Department, the coaching assistants and the players of the National Women’s Team.

General Secretary Le Hoai Anh once again congratulated the impressive and proud achievements that the Vietnamese women’s team has achieved in the final round of the 2022 Asian Women’s Football Cup in India. “Closing a successful year of 2021, entering 2022, the National Women’s Team continues to have many important and heavy tasks, notably successfully defending the Gold medal at the upcoming 31st SEA Games. VFF, with responsibility and efforts, will continue to try to create the most favorable conditions, to help the Women’s team have a quality training plan at home and abroad, and prepare the best for the tasks in 2022. VFF also hopes that head coach Mai Duc Chung, coaching assistants, and the whole team will continue to promote the achievements, have a meaningful training camo in Korea, and prepare well in advance before entering the competition with the highest results, without the fans’ expectations,” emphasized Mr. Le Hoai Anh. 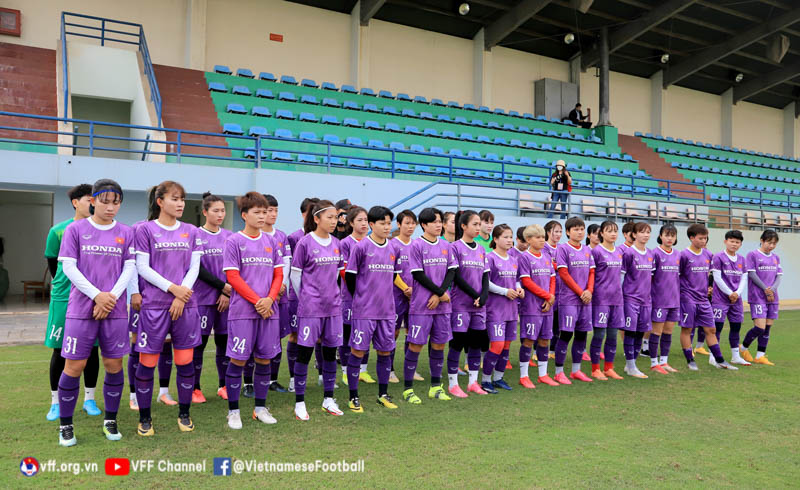 On behalf of the players, captain Huynh Nhu thanked the leaders of VFF, the General Department of Physical Training and Sports, and the Government for always paying attention and timely encouraging the national women’s team. Huynh Nhu also promised to work with the players to complete the preparation stage well, enter the competition with the highest determination, because of the colors of the flag, constantly rising to affirm the position of Vietnamese women’s football in the international arena.

After the meeting with the leaders of VFF, the National Women’s players returned to the training session with head coach Mai Duc Chung and the coaching assistants as usual.

According to the plan, the National Women’s team will be trained at the Vietnam Youth Football Training Center until April 6; The whole team went to Korea to train as the invitation of the Korean Football Federation, the Vietnamese women’s team will play two friendly matches against the Korean women’s team on April 9 and April 11. It is expected that head coach Mai Duc Chung’s team will have 4 more friendly matches with Korean women’s clubs on April 13, April 15, April 17 and April 19. On April 21, the team returned to Vietnam, go straight to Cam Pha to enter the final preparation stage, before attending the SEA Games. 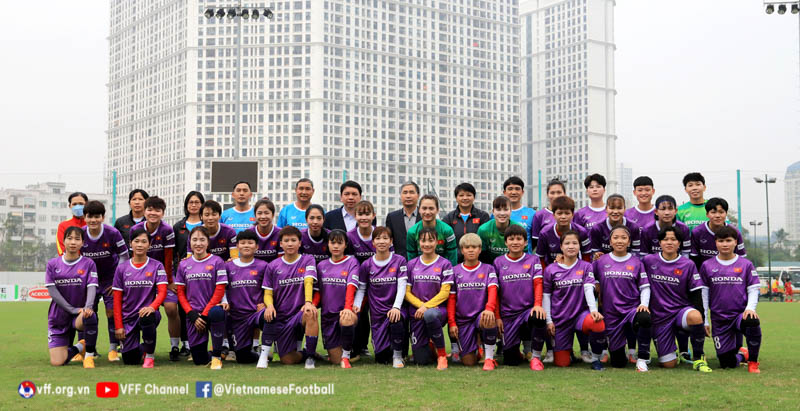