On the afternoon of 9th Sep, before doing the key contents of the announcement ceremony for new technical director Yusuke Adachi, leaders of VFF, delegators, press spent an introspective moment of silence for Former Head coach of the Vietnam National Team – Mr. Alfred Riedl. 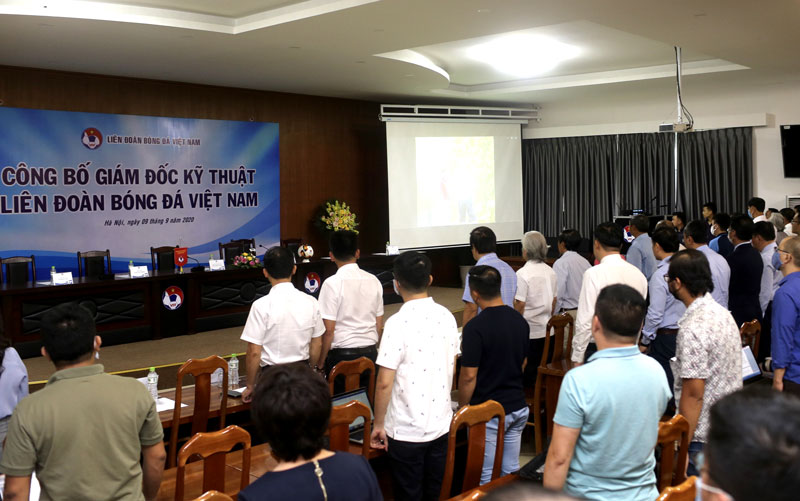 The passing of head coach Alfred Riedl after a long time fight with cancer is a loss not only for his family and Austria’s Football but also for Vietnamese Football. He had much time working with Vietnamese Football during development periods, he made great achievements such as Silver Medal at Tiger Cup 1998 (means AFF Cup now); Bronze Medal at Dunhill Cup 1999; Silver Medal at SEA Games 1999, 2003, and 2005; Silver Medal at LG Cup 2000; Championship of LG Cup 2003; and the best was the chance to join into Asian Cup 2007 Quarterfinals.