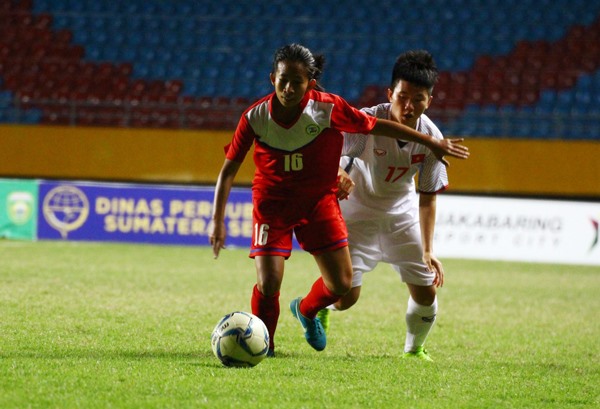 With the win, Việt Nam topped Group B with a maximum nine points after three matches and qualified for the semi-finals.

Just two minutes in, Việt Nam went ahead when Nguyễn Thị Vạn latched on to a cross from Nguyễn Thị Tuyết Dung..

Huỳnh Như then grabbed a double with goals in the 12th and 30th minute, before Phạm Hoàng Quỳnh headed in a cross in the 41st minute giving the Vietnamese a 4-0 lead at the break.

After that, the Philippines fought back but were unable to narrow the gap, with Thái Thị Thảo’s curling shot from the edge of the Philippines’ box putting the cherry on top for Việt Nam.

In the other Group B match, Myanmar beat Singapore 7-0 to have nine points, however, they are second in the group because of goal difference.

Việt Nam will meet Myanmar in the last group match today at the Gelora Sriwijaya Stadium.