Việt Nam lost to South Korea to finish runners-up at the GSB Bangkok U19 Cup on Saturday. 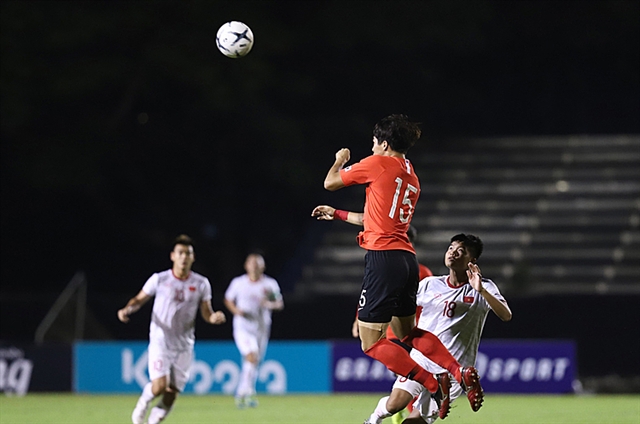 South Korea had a number of chances to open the scoring in the first half before the deadlock was broken by Seyun Choi in the 32nd minute.

Minjae Kwon doubled their advantage before first half at the Boonyachinda Stadium.

Coach Philippe Troussier pushed his players in the second half, but they were only able to find a consolation goal in injury time through Huỳnh Công Đến.

In the third-place play-off earlier, Uzbekistan defeated the hosts 1-0.

The Bangkok Cup was held in preparation for the 2020 Asian Championship qualifiers next month in Bà Rịa-Vũng Tàu Province, Việt Nam.