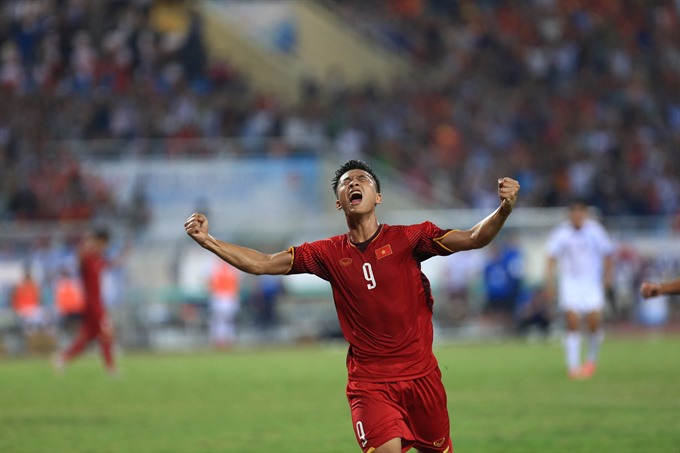 The team tied with Uzbekistan, who beat Việt Nam in the final of the AFC U23 Championship 2018 held in China in January, 1-1 in the last match.

With the support of home fans, Việt Nam played confidently from the whistle, and nearly opened the scoring in the first minute through midfielder Nguyễn Quang Hải.

Striker Nguyễn Công Phượng also hit the crossbar after a through ball from Nguyễn Văn Quyết.

The visiting side bounced back after a shaky start and had their hosts on the ropes before the first half ended goalless.

After the break, Uzbekistan broke the deadlock thanks to Kakhramonov in the 66th minute, but fourteen minutes later, Việt Nam’s efforts paid off through a well taken goal from Phan Văn Đức.

The event was a part of the teams preparations for the Asian Games (ASIAD) 18 in Indonesia.

Việt Nam’s coach Park Hang-seo will soon announce his squad of 20 players for the ASIAD.

At the AFC event, Việt Nam are in Group D alongside Japan, Pakistan and Nepal.

The men’s football kicks off on August 14 and will finish on September 1 in Indonesia. It will feature 26 teams in two groups of five and four groups of four. The top two teams from each group and the four best third-place teams will advance to the second round.