Dortmund is the first stop of the U17 Vietnam team in the project “Vietnamese young football talent incubator in Germany” jointly implemented by the Vietnam Football Federation, Bundesliga and Next Media.

In the first week here, the coaching assistants and the players of the U17 Vietnam team experienced many interesting moments from practice, competition and companion activities.

The Vietnamese team started by getting acquainted with the training ground at the center of BVB Football Academy. This is the place that has given wings to many young talents of the Borussia Dortmund club and used to be a training ground for many players of the first team. The training center is fully equipped with equipment, function rooms… Great and comfortable. In particular, the training ground of Vietnam U17 team uses the most modern artificial grass in the world today. 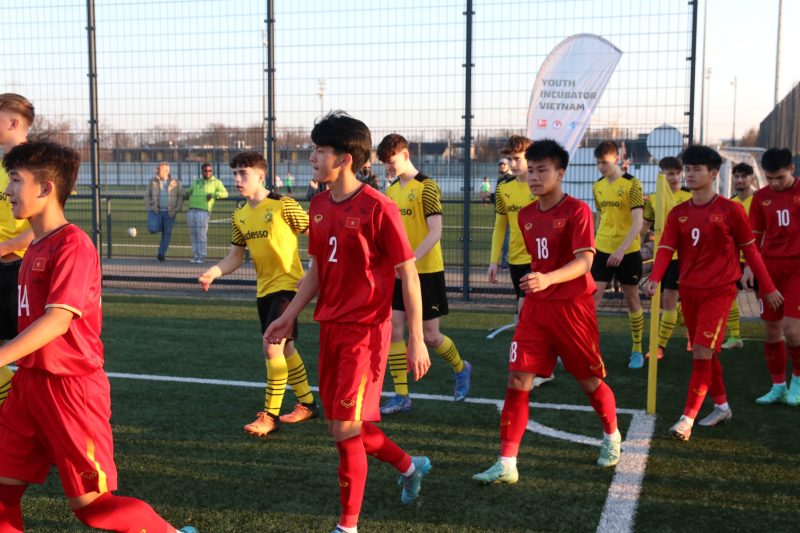 After the first training session, the U17 Vietnam team played against Dortmund U16 on Tuesday (March 22). Despite having to adapt to new training and living conditions, coach Hoang Anh Tuan’s team still showed excellent play and got a 2-2 draw against U16 Dortmund. Two goals of the Vietnamese team came right in the first half thanks to Huynh Trieu and Trung Hieu. Head coach Hoang Anh Tuan said he was extremely proud of his team’ performance. On the opposite side, the coach of Dortmund U16 described the U17 Vietnamese players as agile, strong in attack and making only a few mistakes.

Earlier, in the morning of the same day, the coaching assistants of U17 Vietnam attended a workshop on training young players of BVB. Here, experts from Borussia Dortmund Academy shared their philosophy, experience and examples in building technical-tactical, mental and competitive skills for the players. 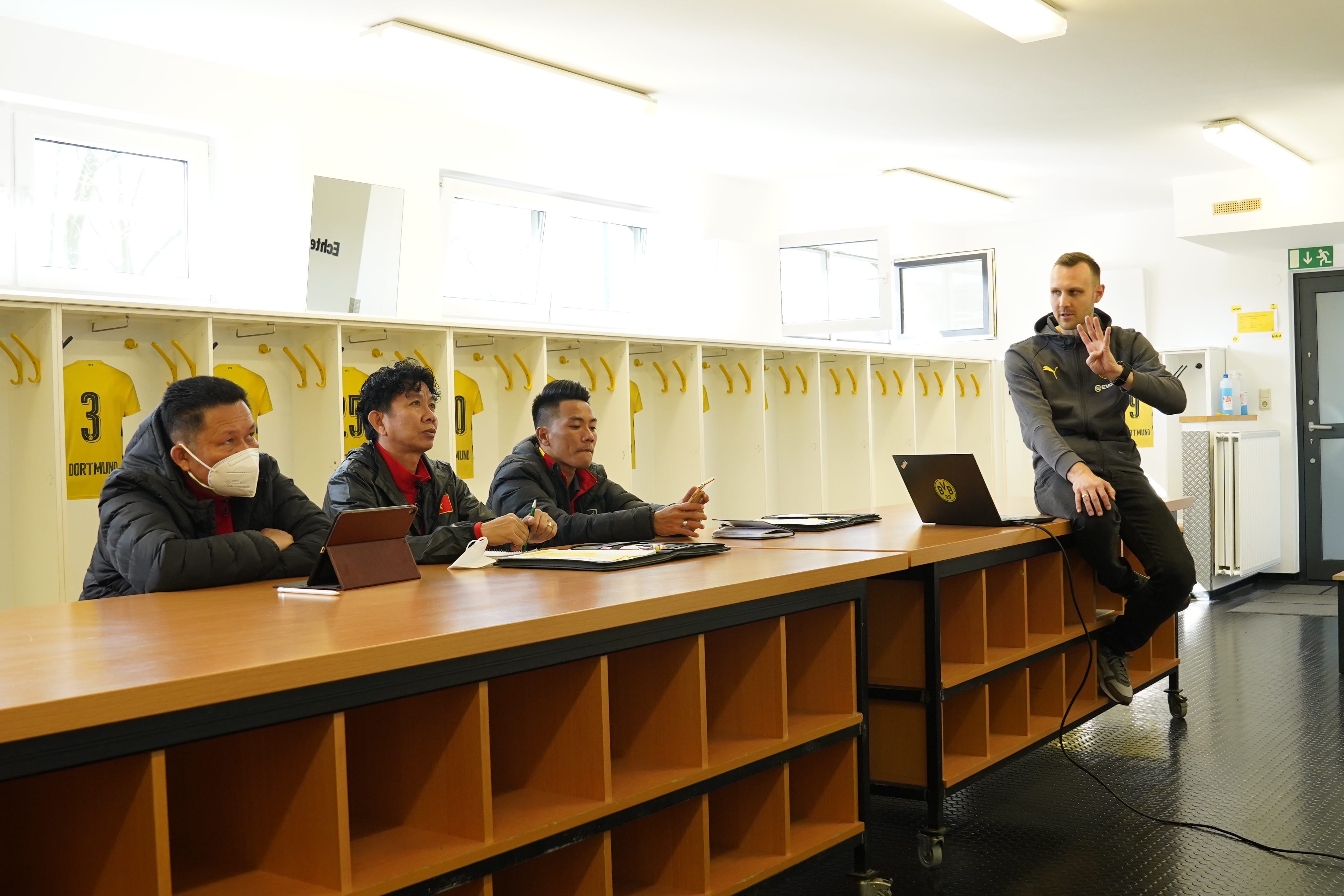 During the training days here, the whole team received the support of expert Bilal Akgüvercin, who has many years of experience in training young people. He gives Vietnam U17 players many interesting exercises, including Life Kinetik to help players improve their reflexes and concentration. During the training session on March 24, the legendary Jörg Heinrich (Champions League winner 1996/1997) and two U23 players of the Borussia Dortmund club came to exchange and participate in the football challenge with the U23 players. 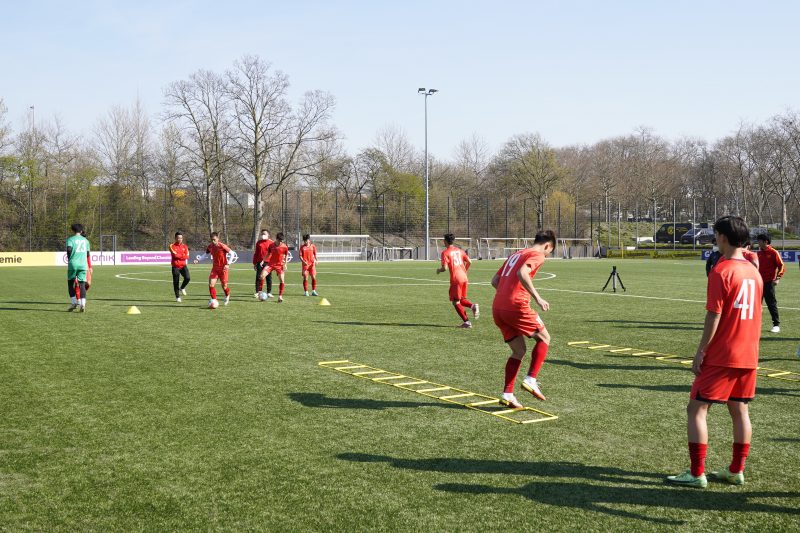 Besides training and competing, the U17 team participated in a number of companion activities including a visit to Signal Iduna Park, a 3D Mini Golf game and a visit to the German football museum in Dortmund. Here, the whole team took turns listening to historical stories about the German national team and the clubs in the Bundesliga. Next Media is also very interested in the spiritual life of the team when organizing birthday parties for members with birthdays in March with interesting gifts from Borussia Dortmund club. 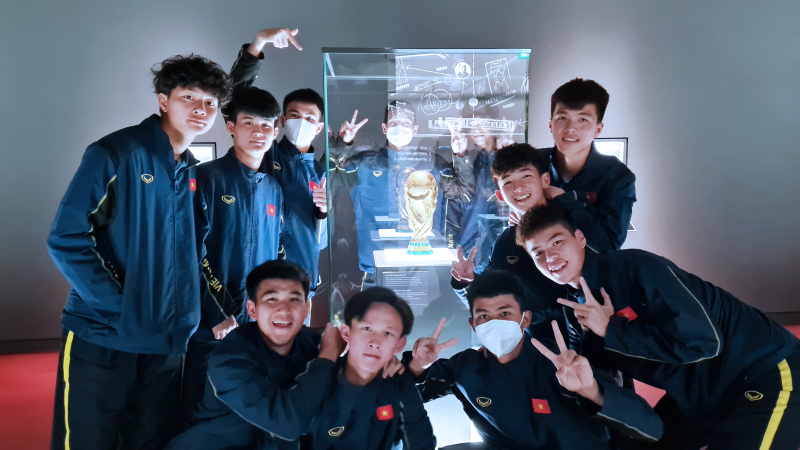 After the first week in Dortmund, the whole team will move to Frankfurt, the second location of the project “Vietnamese young football talent incubator in Germany” built by Next Media, with the cooperation of VFF and Bundesliga. With this project, young Vietnamese players will have the opportunity to have access to European-class training and training models, helping to develop comprehensively in both skills and thinking in playing football. Along with that will be great experiences about football life in the Bundesliga, the perfect place to nurture the passion of young Vietnamese talents to become professional players. 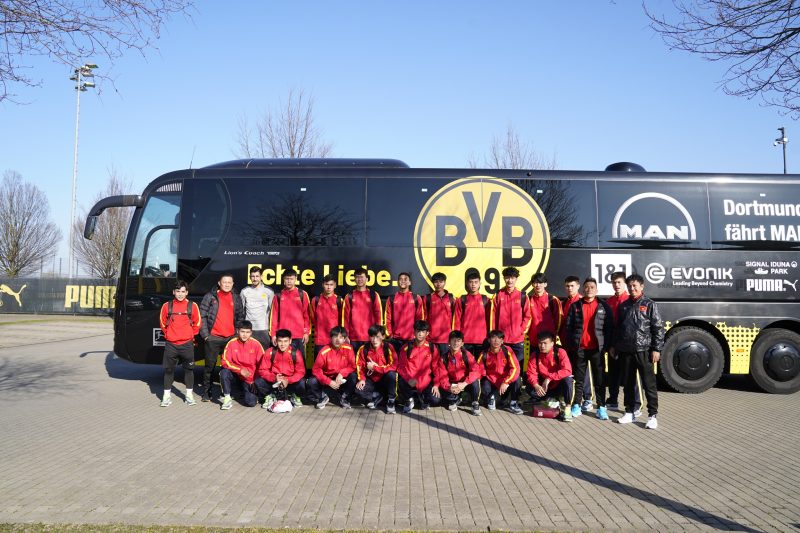 U17 Vietnam actively starts a new routine, towards the 2023 AFC Asian Cup U17 Qualifier
U17 Vietnam gathers toward AFC U17 Asian Cup Qualifier
VFF’s leaders welcome U16 Vietnam coming back after the AFF U16 Championship 2022
U16 Vietnam starts the journey in AFF U16 Youth Championship 2022
Head coach Hoang Anh Tuan: “U17 players show their technical ability and tactical sense” 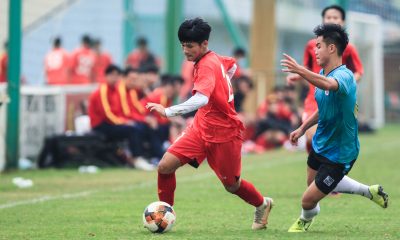 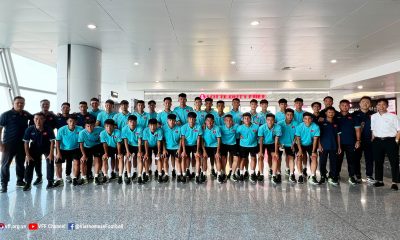 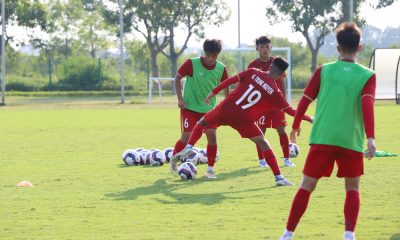 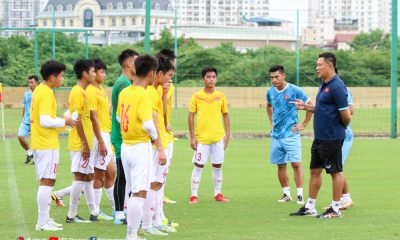 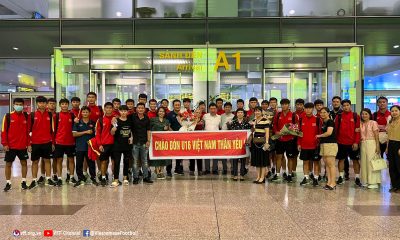