During the AFC Women’s Asian Cup 2022, which took place in Pune city and Navi Mumbai city, the Vietnam Women’s team received a warm welcome and support from the Consular representative. Vietnamese shop in Mumbai and Vietnamese expatriates living and working in India. 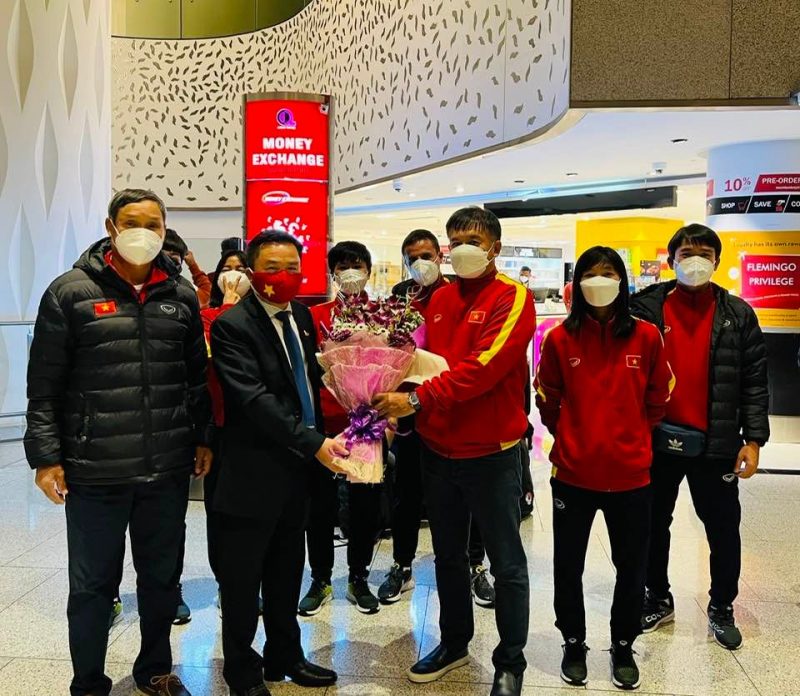 From the first days coming to India, the journey in the AFC Women’s Asian Cup 2022 of the Vietnamese women’s team has always been accompanied by the family of Mr. Hoang Tung – representative of the Vietnamese Consulate in Mumbai and Vietnamese expatriates living in India. In particular, someone living in New Delhi also flew to Mumbai to promptly support the whole team. 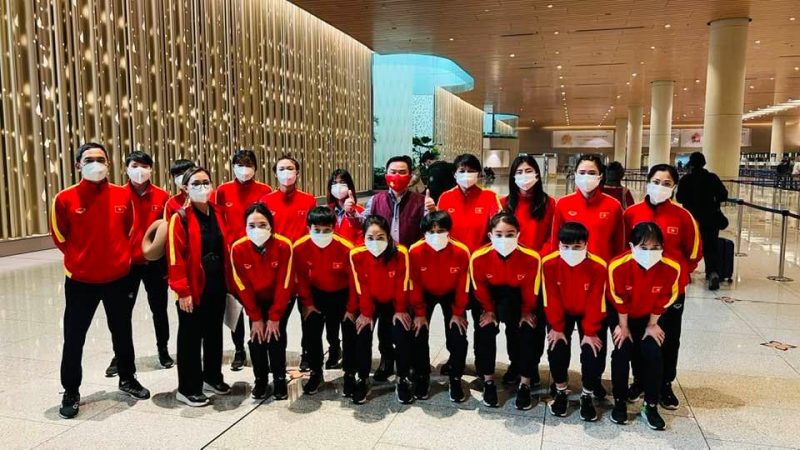 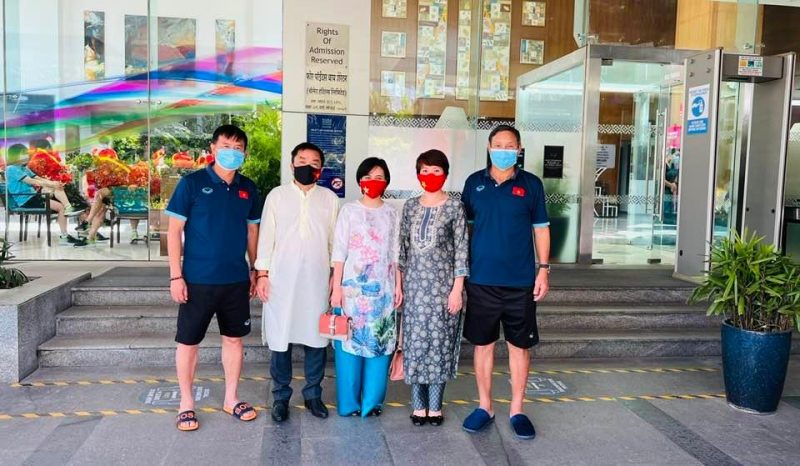 As one of the first 10 members of the Vietnamese women’s team present in India from January 16, Mr. Truong Hai Tung – Head of the delegation shared: “When I went to India with insufficient numbers, everything was worried, but the Vietnam Women’s team was cared by the Vietnamese Consulate in Mumbai, updated on the situation and received very attentively from the moment we arrived at the airport. One of the next difficulties for the whole team in India is the unappetizing food, especially the players who need to be taken care of after recovering from Covid -19 to be able to recover their physical strength as quickly as possible when the tournament has already happened. In addition to the efforts of the doctors and team staff when working with the hotels where the team was staying to prepare the most suitable meals for the players, the team is also constantly supplied with food and fruit sent by Mr. Hoang Tung’s family – representative of the Vietnamese Consulate. In the matches of the Vietnam Women’s team on the DYPatil Navi Mumbai stadium, there are always representatives of the Vietnamese Consulate who are the only Vietnamese fans wearing red shirts sitting in the stands cheering and helping the players. The players are more confident and excited, thereby achieving impressive results as everyone has seen.” 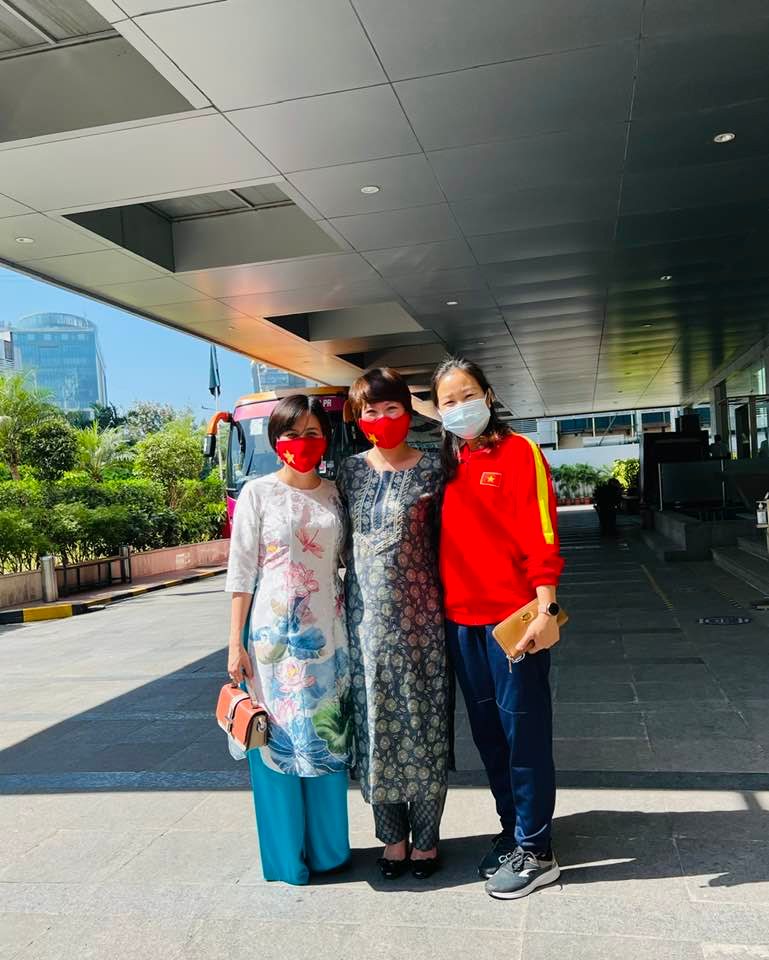 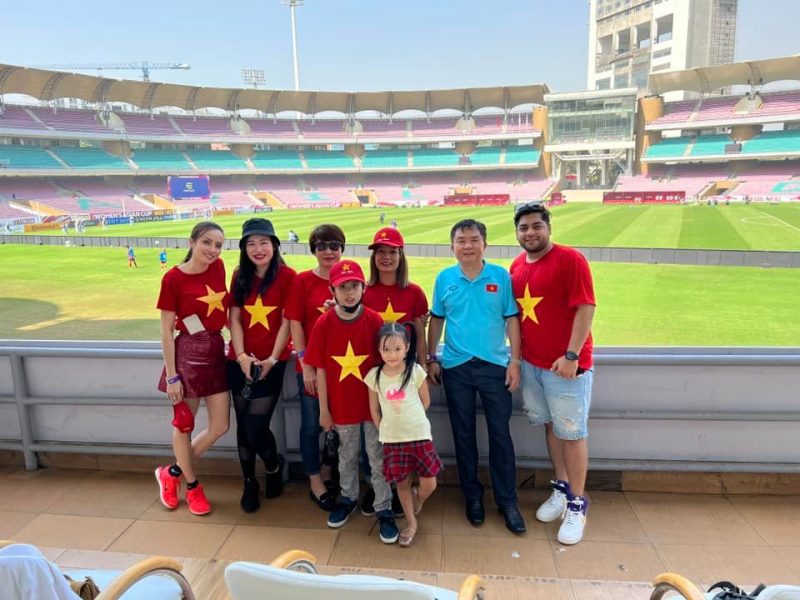 Mr. Hoang Tung – Representative of the Consulate General of Vietnam in Mumbai (India) also shared: “When picking up the players at Mumbai airport, it was known that more than half of the squad had a positive result with Covid-19, lack of human resources, and lack of physical resources. My energy was seriously affected, I was very worried and worried about the whole team. I still remember the time when I went to the airport to pick up the Vietnam Women’s Team 5 times in a week, only a few players each time, even knowing that a player who had gone to India was positive again. At that time, not only myself, but perhaps many people did not dare to believe that their girls would have an official ticket to the World Cup for the first time in history. But right after the first match against the Korean team, although their physical strength was lacking, the children played very bravely with the spirit of the soldiers. It was very touching and proud to sing with the whole team the song “Nhu co Bac Ho trong ngay vui dai thang”. The Indian friends also met and congratulated us as if we were champions. Although the Covid-19 epidemic situation in Mumbai is still complicated, the Vietnamese brides here are still enthusiastically cheering and supporting the team. As for the Consulate General, we consider supporting the delegation as a political task, and we are especially grateful for the determination and unyielding energy of the players, the Consulate General, despite having a small workforce, always does his best. I want to make a small contribution to help the Vietnamese women’s football team complete the task in the best way.” 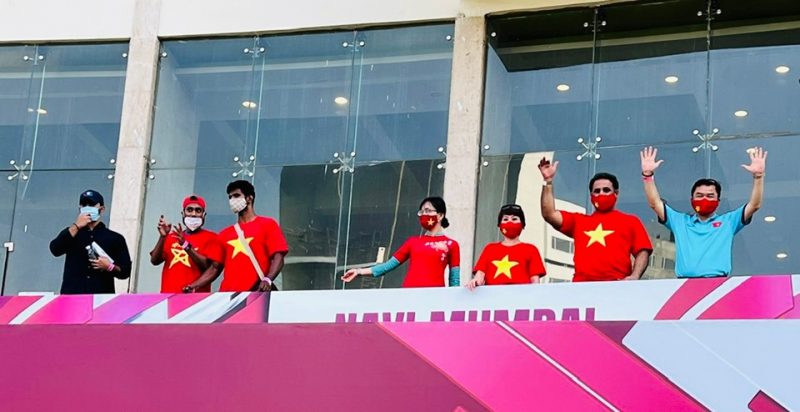 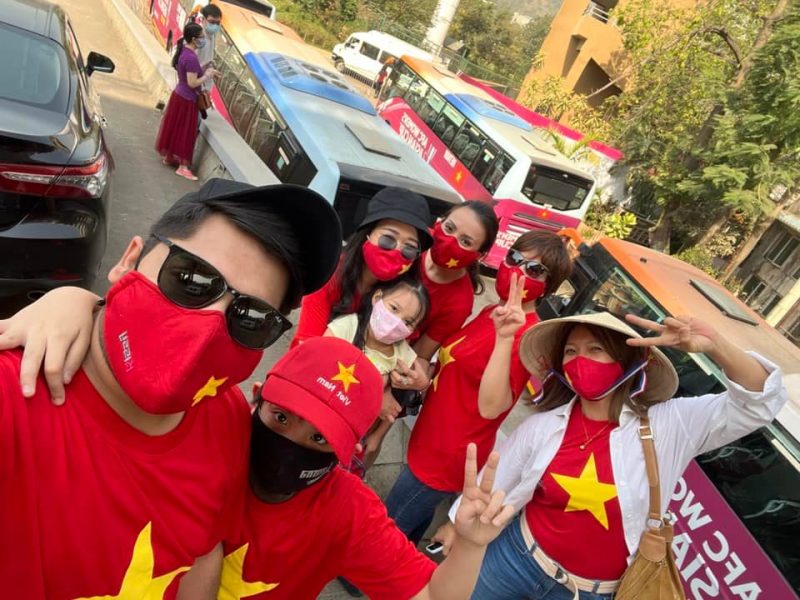